Losing Her Twice: Trans Latina Marginalized, Even in Death 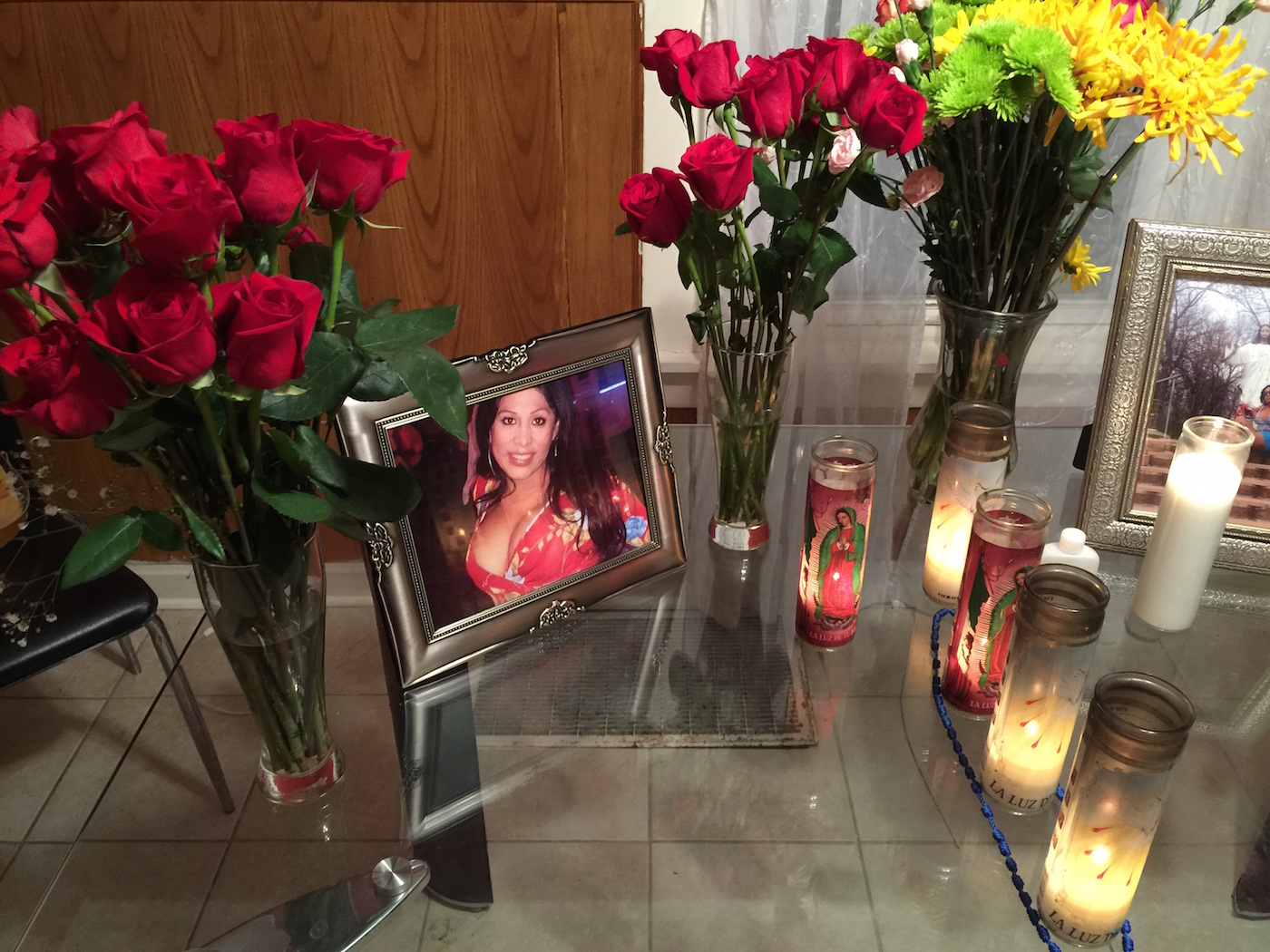 Like many transgender people fleeing persecution, Tamara Dominguez left Mexico on asylum to escape the violence she faced for living as a trans woman. She immigrated to the United States with dreams of becoming an American citizen, and for years Tamara lived happily in Kansas City, Missouri, where she had a partner of eight years and a close-knit group of friends. Tamara was at a point in her life where she felt safe, accepted and welcome.

But on Aug. 15, violence resurfaced in 36-year-old Tamara’s life. Around 3 a.m., witnesses saw her exit a black SUV driven by a man, who witnesses say then drove into Tamara and ran over her body multiple times before fleeing the scene.

Tamara was the 17th trans woman killed this year, but Kansas City police have not labeled her murder a hate crime. The investigation into Tamara’s death has been halted until someone comes forth with information about the night Tamara was killed—but that’s not likely, according to those familiar with her story.

The local trans Latina community has been reluctant to come forward in the wake of Tamara’s death, according to Debi Jackson of PFLAG Kansas City. Jackson says that while Tamara had a close-knit support system, no one has contacted police with any information that might help them find Tamara’s killer.

Unfortunately, hesitance to work with police is a common hindrance in investigations of murdered trans women, especially trans women of color. Additionally, the National Transgender Discrimination Survey shows that undocumented transgender people—like Tamara—face “even higher risks of discrimination and violence in employment, housing, health care, when seeking services, and even in their own home.”

“When you have marginalized communities, particularly when you have trans populations, they don’t view police the same way straight cisgender white people might,” said D. Rashaan Gilmore, field organizer for the Kansas City region at PROMO Missouri. “They tend to think, ‘The police are here to harm me, maybe even deport me.’ That has a lot to do with the community’s unwillingness to come forth. They stay out of it and keep their heads low.” 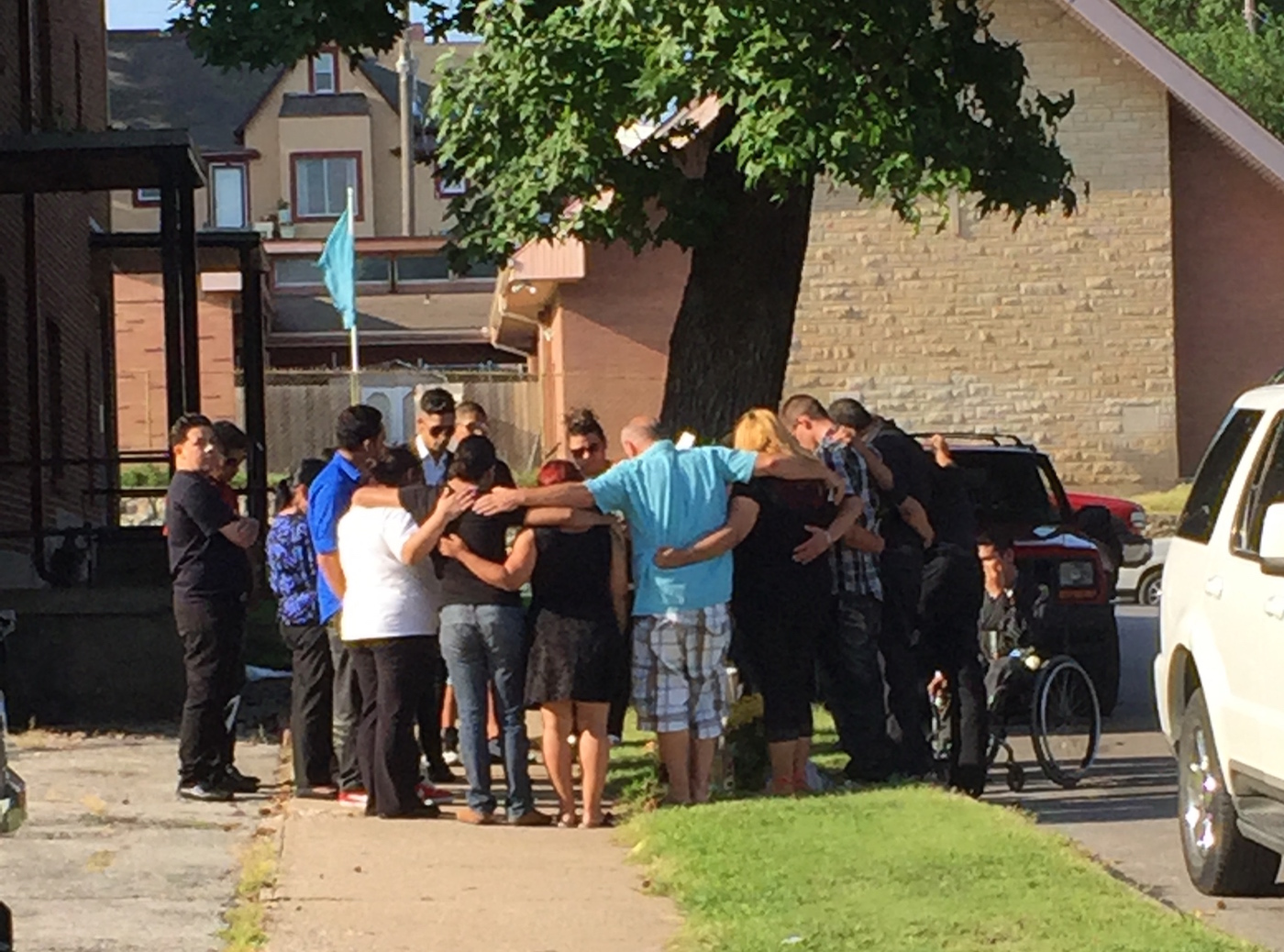 In an effort to bridge the gap between police and the LGBTQ+ community, the Kansas City Police Department in 2013 appointed Officer Rebecca Caster as the police force’s LGBT liaison. Jackson says the implementation of a liaison has been a great resource for the community, but Randall Jenson, manager of youth services and communications at the Kansas City Anti-Violence Project and lead advocate in KCAVP’s investigation of Tamara’s death, says there are limitations to the position’s ability to address the needs of Kansas City’s entire LGBTQ+ community.

Caster referred the Foundation to the Kansas City Police Department’s media spokesperson, but calls were not returned by press time.

Regardless of whether a police department employs an LGBT liaison, officers should be trained in ways to properly handle situations involving LGBTQ+ persons, Gilmore said, elaborating that it’s crucial for the police to build a relationship with the community and implement policies that protect the LGBTQ+ community.

“A lot of departments do not have policies for LGBT persons, especially for trans persons, so they can recognize people as they identify, not just as they appear,” Gilmore said. “If you’re a trans woman, of color or not, and you are misgendered and thrown in a population of men, it’s devastating. Police departments have to be either encouraged or forced to make those accommodations, undergo training and [establish] policies within the department to provide protections. Blanket policies will not suffice.”

Jackson says the Kansas City Police Department has made efforts to provide officer training in these areas, including training to increase officers’ sensitivity to trans issues. Jackson added that the police report detailing Tamara’s murder was written using gender-neutral language.

Despite having referenced a gender-neutral police report, the Kansas City Star misgendered Tamara in its initial reporting. Jackson said transgender advocates contacted the newspaper about the error, and the editor fired back with an op-ed that only fueled the conflict.

Although the newspaper eventually updated its online story to use gender-neutral language—as it should have from the beginning—Jackson says damage had already been done.

“Misgendering in the media adds to the violence, it adds to the degradation of people because the person who reads the initial report might not come back to see the edited version four days later,” Jackson said. “It gives people a permission that it’s ok to misgender, and that’s why we have people out there who are violent because they have depersonalized [trans people] to the point that they’re not human.”. 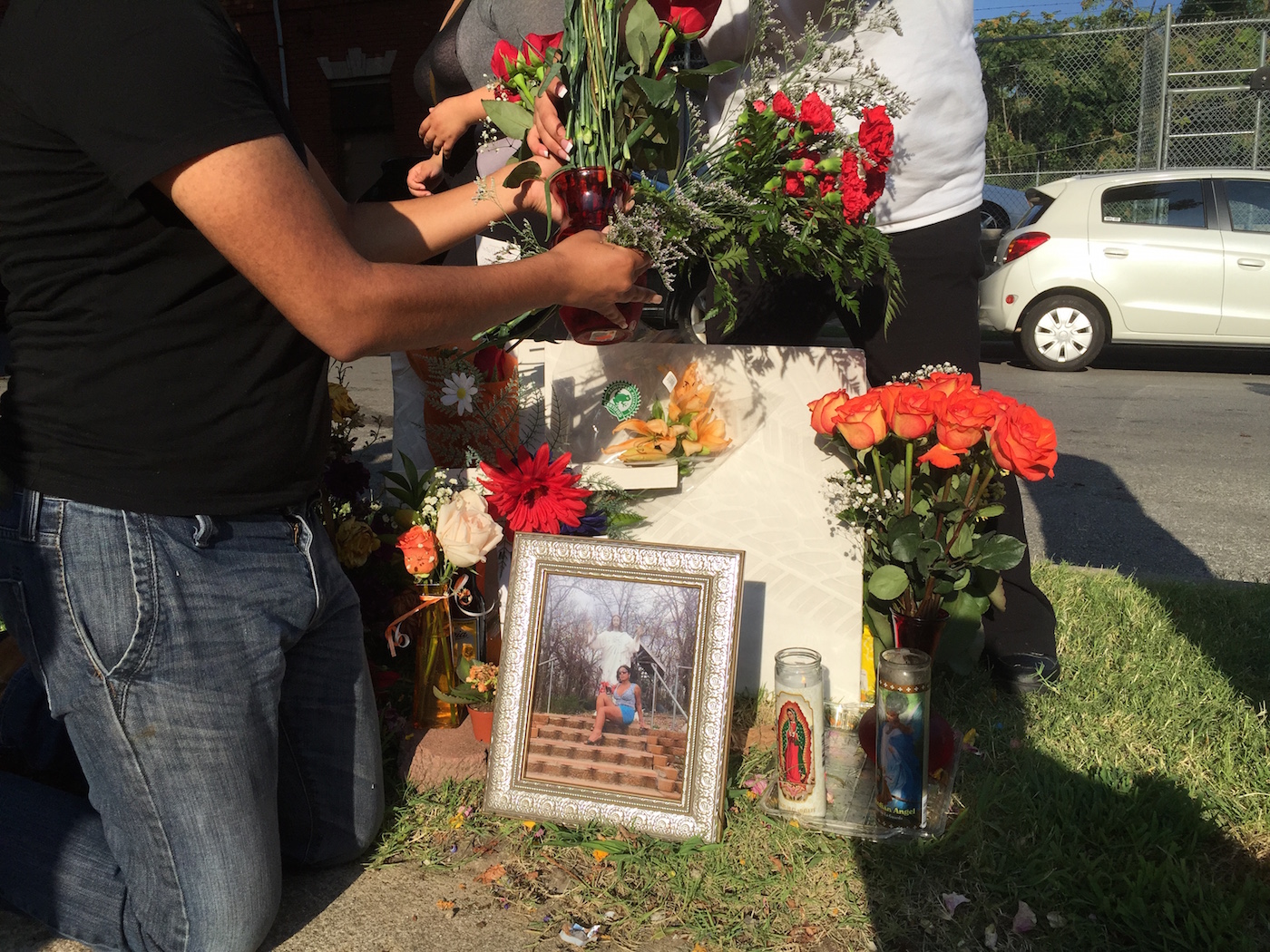 For Tamara, Jenson said the Latino community distanced themselves from the service.

“By that time there was so much grief with the people surrounding her that no one showed up,” Jenson said. “It was packed—people showed up but it was a lot of white trans people who didn’t know her. The Latino community did not come out for her. It was sad because they really wanted [the service] for the Latino community, but who came is who came.”

The trans Latino community’s failure to attend Tamara’s memorial can perhaps be attributed to the climate of Kansas City’s LGBT community. Gilmore says the LGBTQ+ community in Kansas City isn’t very inclusive when it comes to people of color.

“I think if you are a white gay cis male and you’re affluent, there is not a better city in the country for you than Kansas City. If you are a lesbian, you’re a bit more marginalized because there’s not even a lesbian bar in Kansas City. If you’re of color and either of those things, it’s harder,” Gilmore said. “That community is set up to be almost exclusively—if not by design then by default—for white gay men. Quite frankly a lot of people don’t see the needs of others as their needs.”

When it comes to the trans community in Kansas City, white trans women have decent visibility, Jenson said, citing Discovery Life’s “New Girls on The Block,” a reality show chronicling a group of affluent trans women in nearby Johnson County. Jenson condemned the show for its portrayal of wealthy, white trans women, as they account for only a small percentage of the overall trans population and their experiences do not necessarily mirror the struggles of trans women of color, whose narratives often revolve around survival.

When Tamara was killed, Jenson said, the first people to speak out about her death were white trans women.

“As an agency we have to police and say, ‘We know you’re trans but you have no experiences like hers. This is someone undocumented dealing with constant issues of survival—it’s not your place to speak about that,’” Jenson said. “If we can critique people who are saying ‘All Lives Matter,’ then we can do that with trans people. I’m sure it is difficult to be trans and white in your experience, but your experience is not the experience Tamara Dominguez has.” 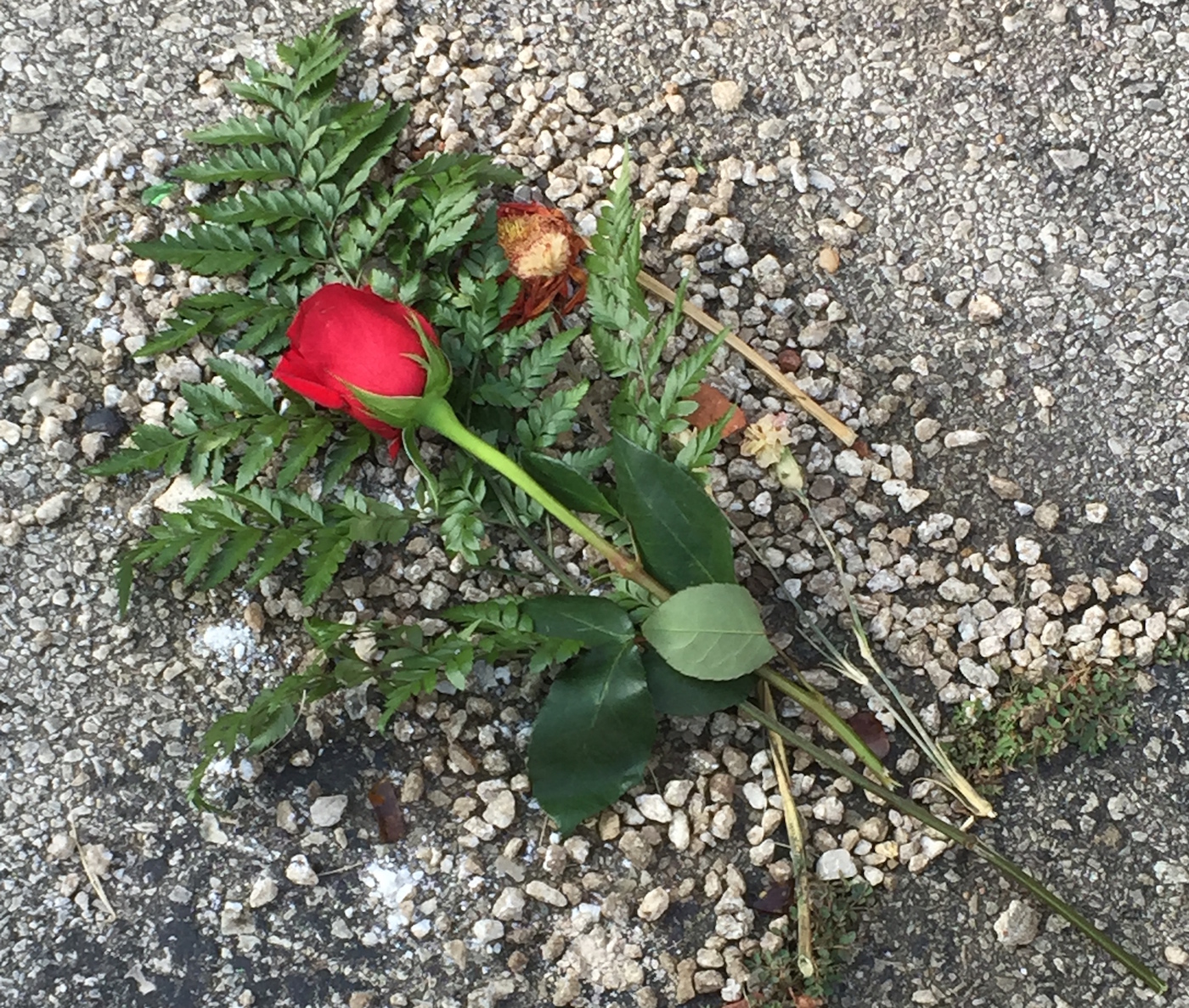 When popular culture focuses solely on high-profile success stories, such as Caitlyn Jenner, society is presented with a false depiction of what the life of a typical trans person is like, which Gilmore says can be particularly damaging to the ways society perceives trans women of color.

“With Caitlyn Jenner you have what was an affluent and famous white man who is now an affluent and famous white woman, and the experience of most trans folk, even trans folk who are white, does not resemble that at all,” Gilmore said. “When Bruce made the announcement and Caitlyn emerged, at that point in time people were really willing to watch it unfold. It makes for good TV, but it doesn’t make for good dynamics for a whole group of people. It makes trans people of color even more invisible.”

Instead of focusing on the lavish lives of celebrity trans women, Jackson said, we should be uplifting the narrative to promote the stories of everyday trans women—just like Tamara—who are leading productive and successful lives.

“We’re hearing so many stories of people who have been beaten and abused and murdered—we’re not seeing an in between. Share those stories, promote them, elevate them,” Jackson said. “That will make a difference to all the [trans women] who don’t get in the news. They’re working hard, they’re trying, but they don’t see it—they see drugs and death and murder, and there’s so much more than that.”

Because trans women aren’t afforded the same opportunities in life, and especially in death, their partners are in a unique position to make a difference by proudly declaring, “I love my trans person,” Gilmore said. But in order for partners to feel safe publicly making such statements, Jackson says, cultural norms need to change.

“There is such a stigma within the African American and Latino communities that men are not considered macho enough or manly enough if they want to be with a trans woman,” Jackson said. “We need to try to culturally end the stigma and let people know it’s ok to love someone who is trans.”