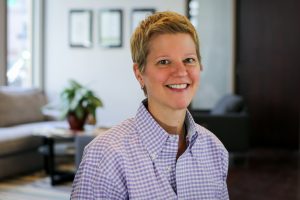 Cynthia M. Deitle is the Matthew Shepard Foundation’s Programs and Operations Director. She oversees our hate crimes work, community outreach, and events. Prior to joining the Matthew Shepard Foundation in 2017, Cynthia was a Special Agent with the Federal Bureau of Investigation for over 22 years specializing in the fields of civil rights, community outreach, and victims’ assistance.

After entering on duty with the FBI in 1995, she spent ten years in the New York Division. While there, Deitle served as the lead investigative agent for many high-profile police brutality investigations. Deitle also investigated a significant number of sensitive hate crimes cases.

In 2007, Deitle assumed a Supervisory Special Agent position in the Civil Rights Unit in FBI Headquarters. She was promoted to Civil Rights Unit Chief in 2008, where she was responsible for managing the FBI’s Hate Crimes, Color of Law, Human Trafficking and Abortion Extremism Programs on a national level. Serving as Unit Chief, she devoted considerable resources to address the FBI’s Cold Case Initiative which seeks to reexamine unsolved racially-motivated homicides from the Civil Rights Era. Following passage of the Matthew Shepard and James Byrd, Jr. Hate Crime Prevention Act of 2009, Deitle collaborated with Dennis and Judy Shepard, The Department of Justice, the Anti-Defamation League, NAACP and other non-governmental agency stakeholders, to train state, local, and federal law enforcement officials to enforce this law. In 2011, Deitle transferred to the Boston Division to supervise the Public Corruption and Civil Rights Programs in Massachusetts, Maine, Rhode Island and New Hampshire. During her tenure in the FBI, Deitle provided meaningful assistance to the victims of the 9/11 tragedy and the Boston Marathon bombing to ensure that they were offered the services to which they were entitled.

Deitle received her Bachelor of Arts degree from The Ohio State University and her Juris Doctor degree from New England Law Boston. She earned a Master of Laws degree in Criminal Law from New York University School of Law and a Master of Laws degree in Constitutional Law from the George Washington University National Law Center. She has also published several law review articles dealing with the right to bear arms in the Second Amendment, and police officers’ use of excessive force. Deitle frequently lectures on all aspects of the FBI’s Civil Rights Program to audiences including law enforcement officials, non-governmental organizations, academia, and community service groups. She has granted interviews to the Washington Post, New York Times, The Boston Globe, National Public Radio and the British Broadcasting Corporation.