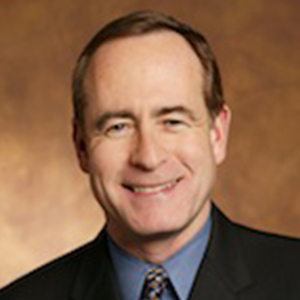 In his professional position as the Executive Vice President and General Counsel of
Carlson, Inc., John provides primary support to the company’s Board of Directors. Prior
to his current role, John held numerous legal positions, including that of General
Counsel, at Imation, Silicon Graphics and Cray Research, Inc.

John is also active in local community organizations.  He currently serves as the Chair
of the Board of Trustees for the Minneapolis Foundation. He is also the immediate past
Chair of the Board of Directors for the Regions Hospital Foundation. John currently
serves as a member of the Community Advisory Boards for both Theatre Latte Da and
Frank Theater. He also was an adjunct faculty member of the University of Minnesota
Law School for three years.

John was a founding member of the Human Rights Campaign (HRC) Business Council
in 1997 and served as its co-chair from 2001 to 2003.  HRC is the nation’s leading civil
rights organization working on behalf of the gay, lesbian, bisexual and transgender
(GLBT) community. The Business Council is a national executive group that advises
HRC and corporations on creating a safe and productive environment, and equality-
based benefits programs, for all employees.  John previously served on the HRC Board
of Governors from 1999 to 2003 and served on the HRC national Board of Directors
from 2003 until 2007. He currently serves as one of the original members of HRC’s
Emeritus Council. John also served for one year on the Board of Directors of OutFront
Minnesota, the organization serving the GLBT community in Minnesota.