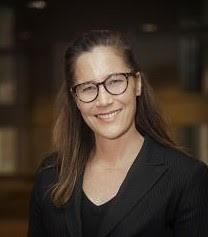 Becky Monroe is a civil rights attorney who has worked for almost twenty years with leaders at the federal, state, and local level to combat hate and support the development of community-centered responses to hate incidents and hate crimes.  Becky has been fortunate to see the extraordinary team at the Matthew Shepard Foundation in action fighting hate and demanding accountability through her work with the U.S. Department of Justice (DOJ) and national civil rights organizations.

Becky has served as the director of the Fighting Hate and Bias Project at the Leadership Conference on Civil and Human Rights. She was previously the director of the Divided Community Project, supporting local leaders in addressing the reasons underlying community division, including racism, anti-LGBT hate, and other forms of discrimination. Before that, Becky launched the Stop Hate Project at the Lawyers’ Committee for Civil Rights Under Law. She joined the Lawyers’ Committee after working for almost eight years for the Obama administration. At the DOJ, she was the director for policy and planning and senior counselor to the assistant attorney general for civil rights. She also worked at the White House Domestic Policy Council as a senior policy advisor on civil rights issues where her portfolio included LGBT rights and enhancing the response to hate crimes. And as acting director of the DOJ’s Community Relations Service, she led implementation of its expanded statutory mandate under the Matthew Shepard and James Byrd, Jr. Hate Crimes Prevention Act to support communities combating hate.

Before joining the government, Becky was the director of the Employment Rights Project at Bet Tzedek Legal Services in California, where she represented undocumented immigrant workers and women trafficked for labor.