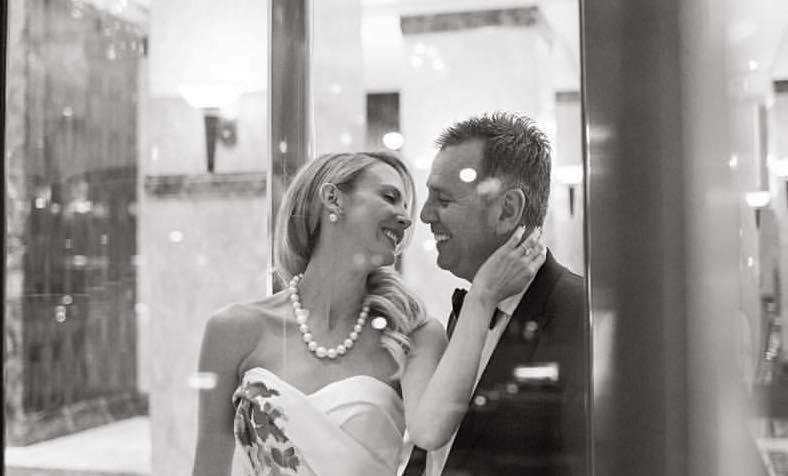 Thanks to gracious supporters Steven and Angie, their efforts and their nuptials raised over $6,000 for the Foundation. They credit MSF for how they met and got married. Steven Kantor was working at Credit Suisse at the time and his company hosted a charity event for the Matthew Shepard Foundation called Dancing with the Managing Directors at the Hammerstein Ballroom in New York City.

As a Broadway dancer, Angie Canuel, who at that time was appearing in the Broadway show The Producers, was hired to be Steven’s choreographer and his dancer. They met at the event and fell in love. If it weren’t for there mutual desire to support MSF (where they also met Judy Shepard), Angie and Steven’s paths wouldn’t have crossed … bringing their story to a wonderful conclusion.

At their wedding on November 28th, 2015, they chose three charities close to their hearts and the Matthew Shepard Foundation was at the top of their list. Angie and Steven said, “We are so grateful and honored to give back to such an amazing organization that brought our two worlds together!”

We thank them for thinking of the Foundation on such a special occasion.

Congratulations Angie & Steven – we hope you enjoy many years of happiness together!

Make the Matthew Shepard Foundation the beneficiary of your upcoming event!