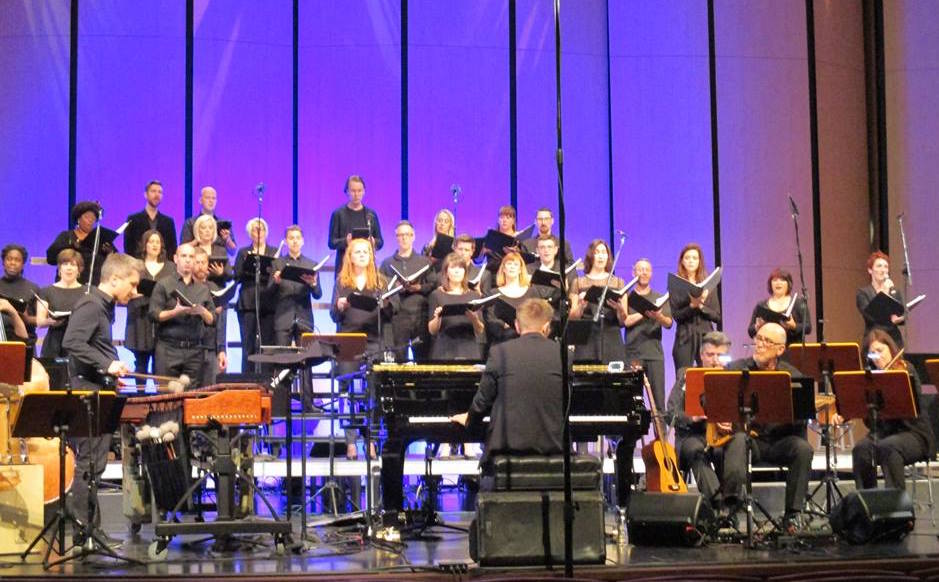 By Jason Marsden, Executive Director of the Matthew Shepard Foundation

One of the most remarkable elements of Matt Shepard’s continuing legacy is the powerful inspiration his life and death have provided to artists of every genre. He has motivated painters, poets, sculptors, authors, librettists, playwrights and pop stars. His story has been adapted and re-adapted, translated and taught, rehearsed and recited. It will endure in our history so long as our civilization marks meaningful events in the quest for human rights.

Now joining this creative assembly comes an oratorio that will surely assume a place in the American choral music canon: Considering Matthew Shepard. A labor of love of many years’ standing for Grammy award-winning conductor Craig Hella Johnson, the 100-minute piece made its world debut over the last two weekends in Austin, Texas, Pasadena and Los Angeles. It tells the story of Matt’s life, his love of Wyoming, his murder and the shockwaves it sent out throughout the LGBTQ+ community and the world media in 1998.

Considering Matthew Shepard draws on the foundational J.S. Bach settings St. Matthew Passion and St. John Passion but also on Persian mysticism, drum rituals and American genres as diverse as jazz and guitar-rock. But throughout it speaks to the listener from a deeply emotional and philosophical perspective — how we love one another, turn away from darkness and embrace the suffering we so often turn away from, in order to better understand the power of tragedy to transform our hearts.

As a friend of Matt’s who lived through the dark days after his attack and observed first-hand the outpouring of grief, outrage and activism it spurred from coast to coast and overseas, it was deeply touching to sit amongst a thousand strangers, sharing tears and laughter and ultimately, a sense that the hopes Matt had for a better world are very much still potential realities, if we can work together to achieve them.

For a review of the piece on Austin360.com, American-Statesman freelance art critic Luke Quinton wrote: “Considering Matthew Shepard is a stunning work, largely because it succeeds at being so audacious. It treats a deadly serious topic with surprising levity, and at the same time makes a shrewd connection to the heart of this darkness. Johnson’s colleague, the composer Robert Kyr, in attendance, called the new work ‘an American classic.’”

In the coming weeks, Considering Matthew Shepard will receive its studio recording session and a highly visible performance at Harvard University, but with acclaimed reviews already accumulating, those will be only the beginning of its future as a memorial of Matt and a message of inspiration to everyone who seeks to “Replace Hate with Understanding, Compassion and Acceptance.”