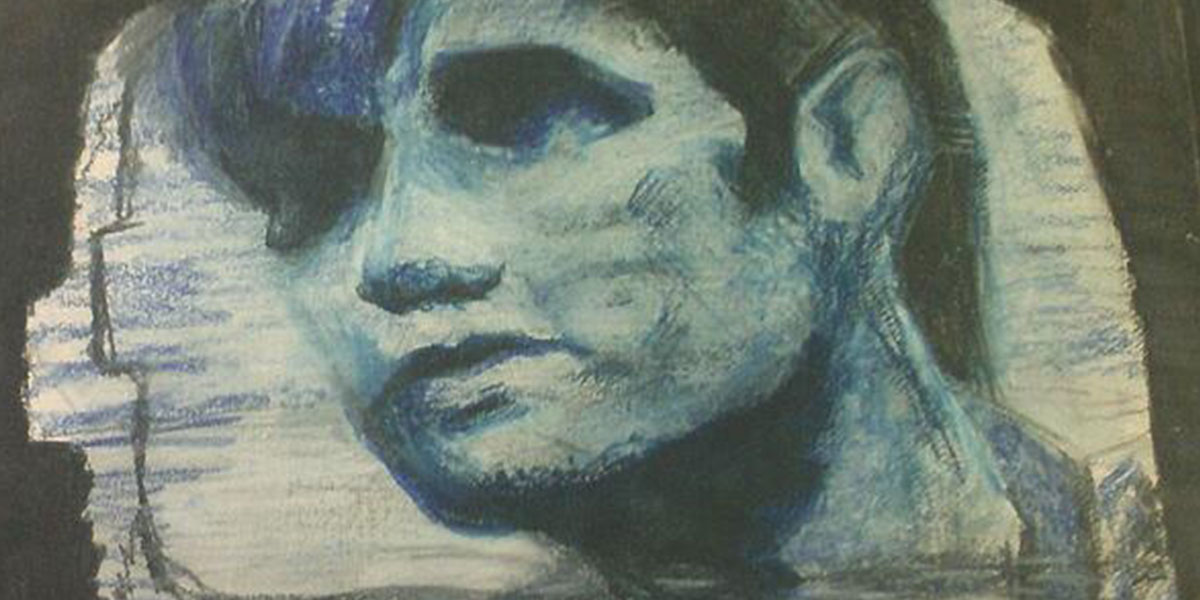 Artwork from BART Lost and Found sent to MSF

Hundreds of stray items can come into the BART Lost and Found office every day, and workers diligently try to reunite them with their owners. The typical process involves tagging the item with the relevant information on when it was found, where, and by whom.

Somehow, though, early this year, a piece showed up that would turn out to have a great emotional impact, although its creator is unknown. Alert workers realized its potential significance and made sure it got back to a proper home.

It is a chalk portrait of Matthew Shepard, the 21-year-old who was murdered in an anti-gay hate crime in Wyoming in 1998. It was not tagged so no one is sure who turned it in, or where it was found – just somewhere in the BART system. It could have been on a train, in a station, turned in by an employee or a passenger.

“It was a really interesting item,” recalled Marie Haffner, one of the Lost and Found employees, officially called Transportation Administration Specialists, who first noticed the piece. “The name ‘Matthew Shepard – RIP’ was written on the bottom and I knew I remembered his story from somewhere … I thought, isn’t he the young man who was beaten and found hanging from the fence?”

The triptych-style artwork is about 2.5 by 3 feet in size, done in chalk on a thick stock paper, in shades of blue and gray.

Because the portrait bore no ownership identification, Haffner got in touch with the Matthew Shepard Foundation in Denver, Colo. , and arranged to have it sent there for display at the foundation’s headquarters. “It arrived on Wednesday,” Robert House, programs and outreach manager for the foundation, said Friday. He said at the end of a staff meeting, the foundation’s staff opened it up and were moved by the creator’s vision of Matthew.

“This artwork is based on a photograph that was taken by one of Matt’s high school friends, that has been seen a lot, and we use in many of our materials,” House said. “And this was a fresh interpretation. It puts Matt’s face and unique smile right at the center.”

“There is a very small, indistinct signature,” of the artist who apparently created the work, House noted. However, employees of BART and the foundation could not make out the name.  So the questions of who created the work, of what inspired the artist, what Shepard’s story meant to them, remain unanswered.

House said he was pleased to receive the work because it’s important that Shepard’s legacy live on.

“Our foundation exists to replace hate with understanding, compassion and acceptance, by telling the stories of how hate impacts everyone,” he said.  “Just this past summer in New York City we saw a large increase in anti-gay hate crimes.”

If you have any information to add to the story of the artwork, you can find contacts for the Shepard Foundation on its website,  https://www.matthewshepard.org/

Information on the BART Lost and Found Department is at:  http://www.bart.gov/guide/lostandfound

Republished with permission of BART.