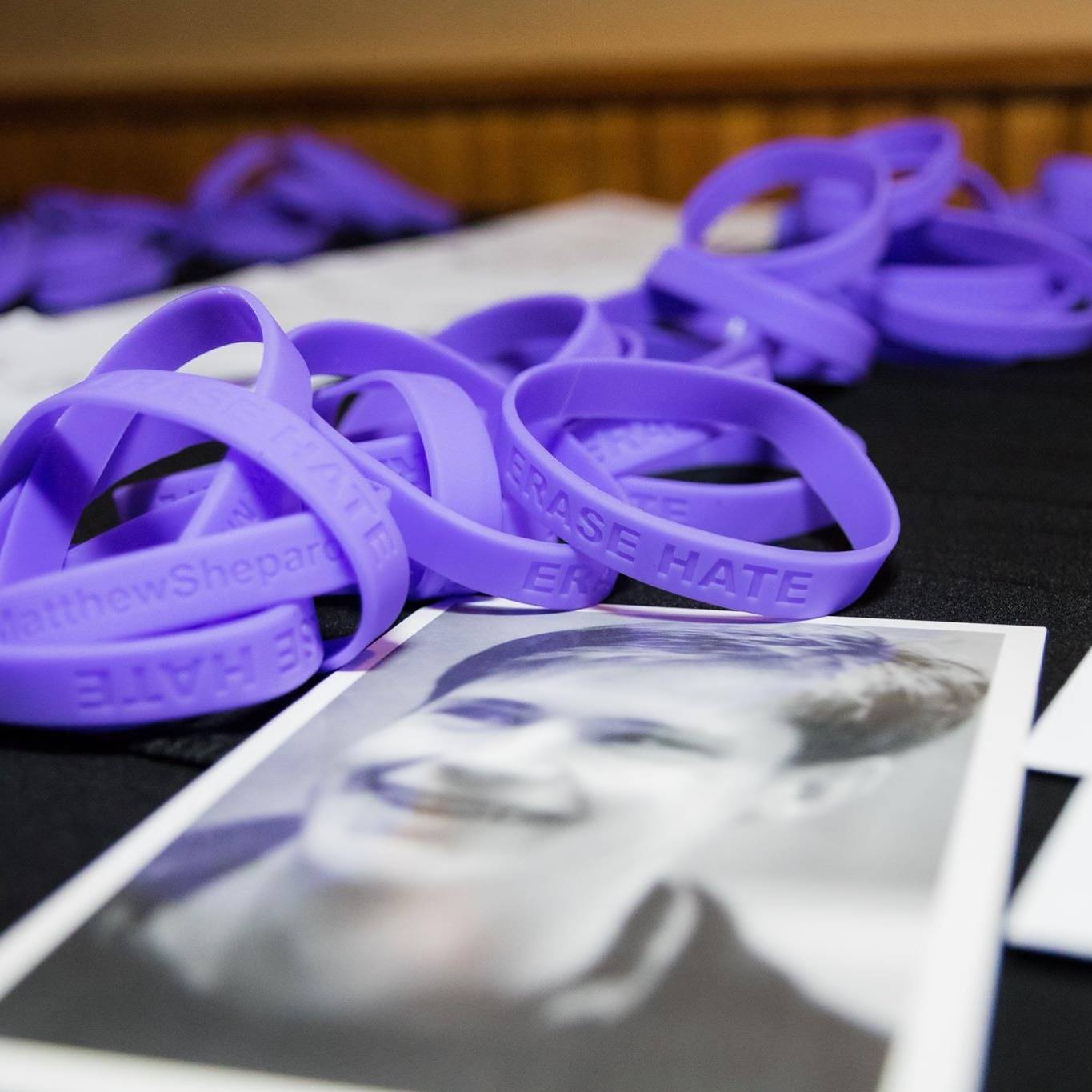 It was like a sign from the universe. Jonathan Adkins was in the process of planning his holiday giving, when a chance encounter on an airplane helped make his decision. “I’m a big believer in signs,” Jonathan said of his meeting with Judy and Dennis Shepard. He just happened to be seated in the row behind them on a flight last month. Seeing Dennis in his typical “uniform” of University of Wyoming gear confirmed that the familiar faces were indeed the Shepards. And although Jonathan had heard them speak before, he never had the chance to meet them. When they stood up to deplane, Jonathan took the opportunity to speak to them briefly, sharing what Matt’s story had meant to him. Dennis left him with an MSF wristband and a powerful memory.

Jonathan is roughly the same age Matt would be, and Matt’s story impacted his life and relationship with his parents. He attended a vigil in Washington, DC in the days after Matt’s death and used the opportunity to speak further with his parents about his sexuality. “I think that was such an eye-opening incident …to lots of parents. What Judy and Dennis were going through could have been my parents, or anyone’s parents. And so that opened some doors for me in my relationship with my parents,” Adkins recalled. He emphasized that the work Dennis and Judy have done has cleared a path for other families, calling their ability to turn their loss into action “remarkable.”

After his chance meeting with the Shepards, Jonathan went home and discussed the idea of making their end-of-year gift to the Matthew Shepard Foundation with his husband, Ben Roberts. Jonathan has experience in nonprofit fundraising, so they reviewed the Foundation’s financial records and were pleased to see the amount of funding going directly into programmatic work. He also shared that Judy’s active role in the organization informed their decision, stating “the fact that she’s so hands-on and involved in the organization and is not just a figurehead… after all these years… was really impressive to me.”

Jonathan and Ben hope their support will encourage other potential donors to learn more about the Foundation. “I think it’s important to give back and particularly now because so many nonprofits are struggling due to COVID. And I look for organizations that are small and scrappy, that are really putting their resources into the work that they do,” added Jonathan. He suggests donors consider doubling their contributions this year to make up for the pandemic’s impact but emphasizes the importance of “helping in any way because nonprofits really need support.”