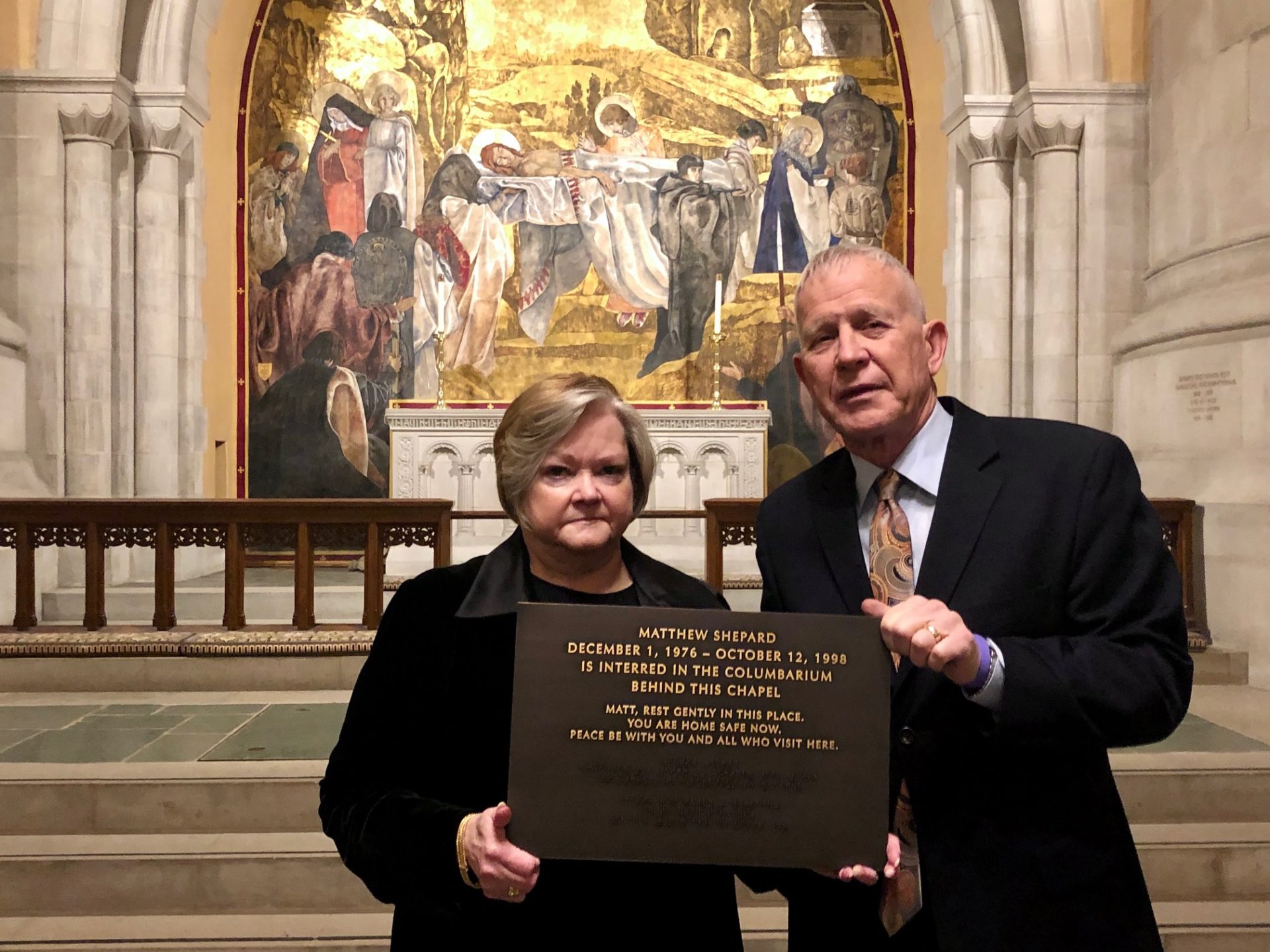 WASHINGTON — Washington National Cathedral, in partnership with the Matthew Shepard Foundation, today announced that it will open St. Joseph’s Chapel (located inside the Cathedral) to in-person visitors on Wednesday, December 1 from 10 a.m. – 5 p.m. ET for the first time since the pandemic started, in honor of the birthday of Matthew Shepard, whose remains are interred inside the Chapel.

The remains of Shepard, who was murdered in an anti-gay hate crime in 1998, were interred at the Cathedral in 2018, making him one of approximately 200 people to have been interred in the Cathedral over the last century. Others include President Woodrow Wilson, and Helen Keller and her teacher Anne Sullivan.

In addition to the opening of St. Joseph’s Chapel to the public from 10 – 5, for Shepard’s birthday, the Cathedral will also host the following events on December 1:

“Matthew Shepard’s death is an enduring tragedy affecting all people and should serve as an ongoing call to the nation to reject anti-LGBTQ bigotry and instead embrace each of our neighbors for who they are,” said the Very Rev. Randolph Marshall Hollerith, dean of Washington National Cathedral, at the time of Shepard’s interment. “In the years since Matthew’s death, the Shepard family has shown extraordinary courage and grace in keeping his spirit and memory alive, and the Cathedral is honored and humbled to serve as his final resting place.”

Media are welcome to attend the 10 a.m. – 5 p.m. service for Shepard in St. Joseph’s Chapel, where Cathedral clergy and Dennis and Judy Shepard will be available for comment. All interested media must RSVP in advance to TFranquiz@westendstrategy.com if they plan on attending. Further details on the full day’s events can be found on this page.