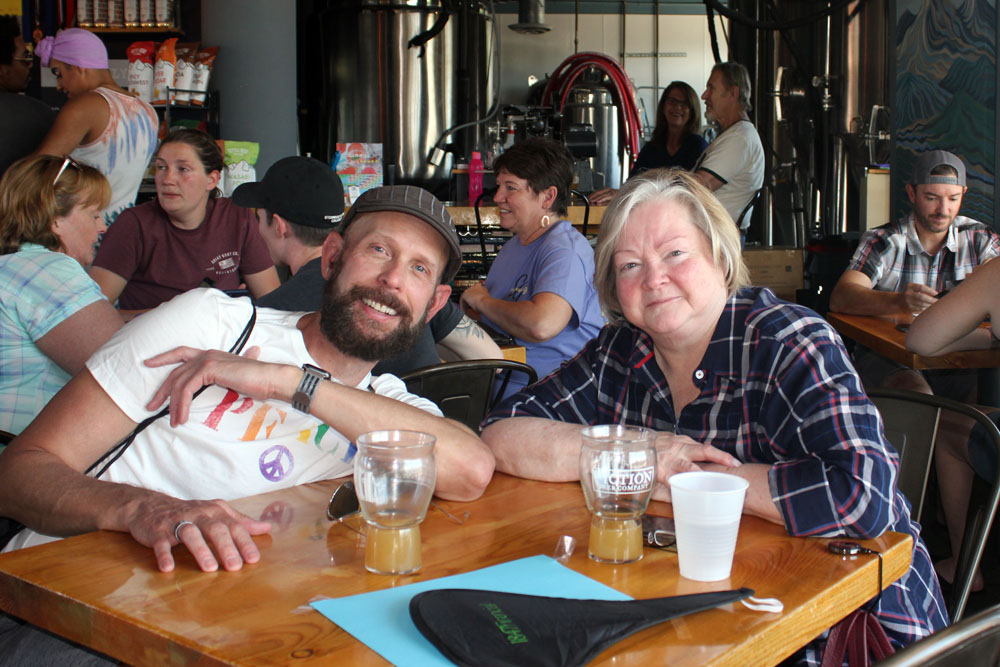 Like many others, Matt’s story had a significant impact on Scott, ultimately changing his view of the world and shifting him into action. “I was older than Matt when he was killed, but I also could not escape the feeling that what happened to him could have just as easily happened to myself or many of my friends,” said Scott. “It was also a wakeup call to millions of people around the world about the struggles so many people face just to be who they are.”

In 2019, Scott was able to interview Judy Shepard at a WorldatWork Work Equity Forum. “The first time I met Judy, I ended up crying during the interview (which of course was live-streamed to thousands of people),” added Scott. “The experience was very impactful and was a defining moment for me and others in terms of making a decision to perhaps start focusing our work on dismantling hate.”

While listening to Judy recount her experience as a mother who lost her son in such a traumatic way, Scott had an epiphany – “Judy could have easily retreated, but instead she forged ahead. I believe that after Matt’s brutal killing, Judy needed a hero. . . so that is exactly what she became.”

When asked what makes the Foundation unique, Scott replied, “It’s their ability to look at the world from a 360-degree point of view in how they work to create change. The Foundation covers a lot of ground and although they’ve only been around for 25 years, I feel like they have added 100 years’ worth of value.”

With four degrees under his belt, Scott’s curiosity about how humans learn, matched with his ability to apply this understanding as a counter to racism, sexism, homophobia, and hate, makes him an influential thought partner for the Foundation.

We at the Foundation are grateful for Scott and his husband Chris’ commitment and support. When asked what advice he has for others interested in supporting MSF, Scott replied, “Dive in and do something. . . and do it today! There will always be more to do and while this can be frustrating and seem insurmountable, don’t let that stop you. You will never know who you may help along the way! As for me, I will keep contributing as long as I can and as long as there is work that needs to be done!”
Share this post
Share on FacebookShare on Facebook TweetShare on Twitter Pin itShare on Pinterest
Recent Posts
Go to Top