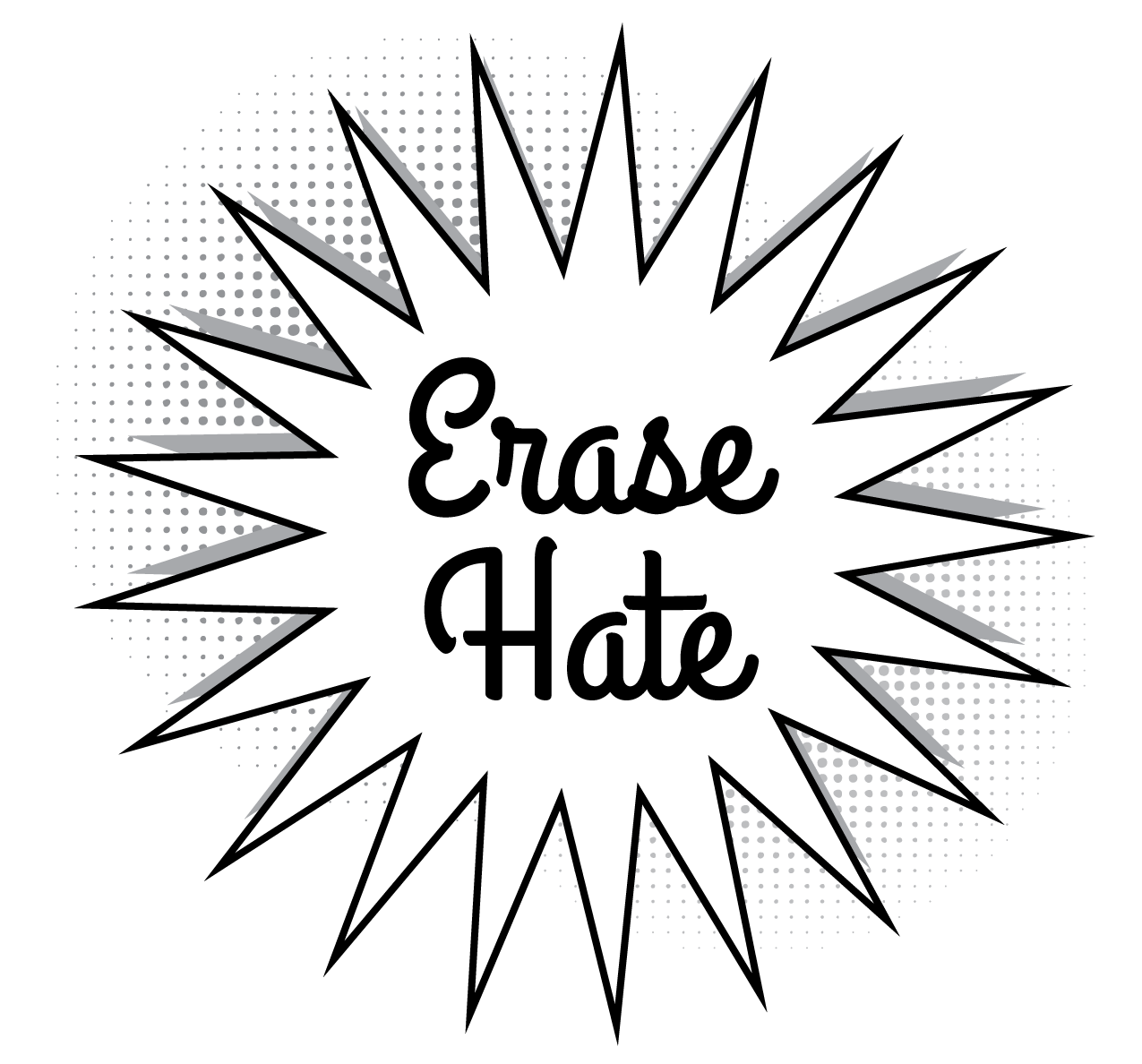 Hate crimes in Colorado are reaching a fever pitch.

The Colorado Bureau of Investigation just released its annual report showing the changes in hate crimes in the state from 2015 to 2016. The numbers are sad, but not surprising. And a few of the trends are downright chilling in their implications for the rest of this year.

We know that the climate of anger and division in our country today is based as much on people’s sense of identity as on any policy or philosophy. The miasma of hostility and vitriol has only emboldened those with hatred in their hearts — and armed them with what they think is the right to act out. It is particularly depressing to see this play out in our own backyard.

Here’s a jarring statistic: the total number of Colorado hate crimes last year based on race and ethnicity shot up by a staggering 68% since 2015. Quite simply, all of a sudden people are attacking each other a lot more over their skin color and where they came from.

Here’s another: while the number of hate incidents dropped slightly, from 107 down to 104, they still accounted for the exact same number of crimes as last year — and involved 32% more offenders. In other words, fewer incidents, yet the same number of offenses, and way more lawbreakers responsible. Is ganging up on one another now becoming a Colorado value?

Take a moment to read over our graphic below, as well as the rest of the report, and then pledge to continue helping us to erase hate.

At the Matthew Shepard Foundation, we continue our advocacy. We continue to try to replace hate with love, acceptance, and empathy. This is the only way that these numbers will come down. Are you with us? 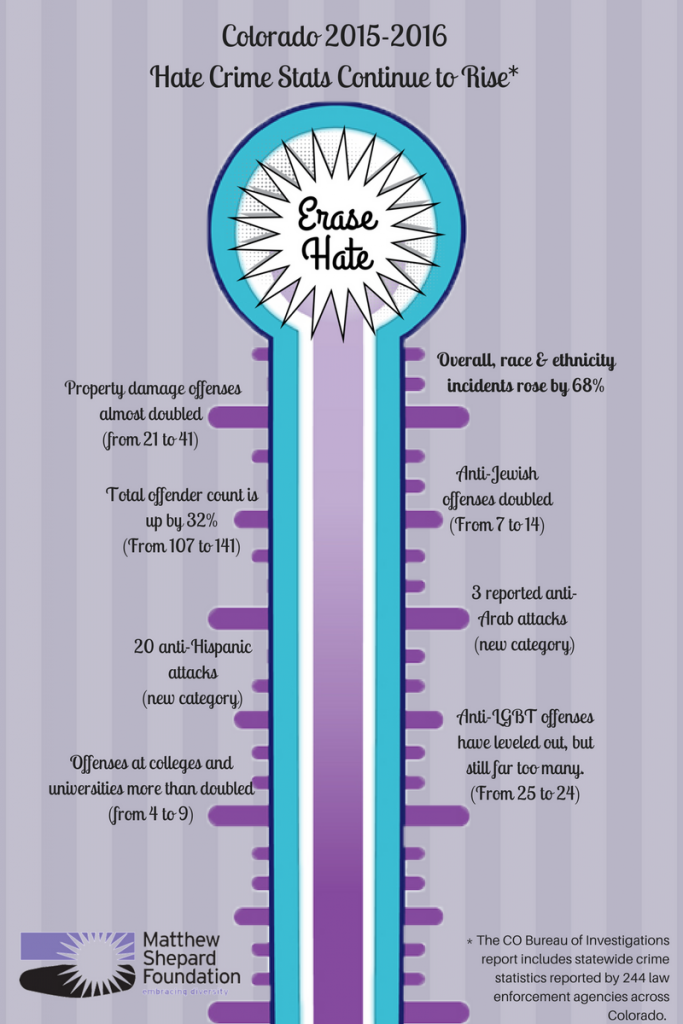