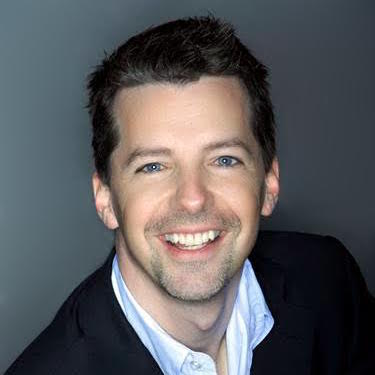 One of our honorees at this year’s gala is Sean Hayes. Sean is an award-winning Actor and Producer who got his start in the role as Jack McFarland on the sitcom Will & Grace.

An alumnus of Chicago’s famed Second City improvisational comedy group, Hayes began finding TV work in Chicago, notably in the series Silk Stalkings. In 1998, he made his film debut in Billy’s Hollywood Screen Kiss, in which he played the title character, a gay photographer in search of love. Sean went on to land the role of Jack McFarland in the hit NBC comedy series Will & Grace which earned him an Emmy Award in 2001. Hayes has also been honored with multiple SAG Awards, an American Comedy Award and a TV Guide Award as well as 6 Golden Globe Nominations. Outside his acting work on broadway and TV, Hayes launched the successful production company, Hazy Mills, executive producing shows like Grimm, Hot in Cleveland, Hollywood Game night and the up and coming CNN docuseries, The History of Comedy. Hayes lives in Los Angeles with his husband Scotty Icenogle, where they’ve produced and starred in a series of popular lip sync videos on Sean’s Facebook page.

Sean shed light on his sexuality in 2010 during an interview with the Advocate, saying “I am who I am. I was never in, as they say. Never.” Now it’s our turn to interview him!

I’d like to believe that we opened the door for others the way doors were opened for us. It’s a wonderful passing-of-the-baton-type education to viewers. The power of comedy knows no bounds. With the acceptance of Jack and Will into millions of homes across the country, it has helped the majority understand and empathize with the plight of gay people. It has made folks aware of the simplicity of humanity and how we are all connected not only through our shared emotions but by the mere fact that we are all part of the human race. And because of that, new characters on television aren’t seen as radical, shocking, scary or new anymore. They are simply met with the same uneventful invitation as any other character. And that same humdrum acceptance is a big win.

2. What changed for you, personally, after coming out to the media?

It was a step needed in the journey to accept myself and not make excuses for who I am. As I’ve said in the press when I came out, “I was never in, as they say,” but you never realize the power of words and the effect they have on other people until you see the results of those words. I force myself to embrace words like, “gay,” “queer,” “boyfriend,” “husband,” etc. even though, growing up in the 80s those words were met with hate and bigotry that was taught and reinforced through media, religion, politicians and simply lack of education. I was taught to hate myself because of who I am at an early age and it takes years – decades sometimes – to rid your DNA of that mentality. Only when you are your true self and can confidently telegraph that to the world can you really be happy. And the byproduct of that is helping others achieve the same thing. That’s the ultimate goal, I believe.

3. You’ve said in a Playbill interview: “When I ask gay men and women who have children, ‘Tell me how they’re growing up in the world and what they’re views are as far as gay culture?’ Their answer is, ‘It’s all they’ve ever known, so it’s completely normal to them.’ And could you imagine, if it was ‘All the world has ever known’? What a much better place we’d all be in.” …How do you hope this changes for all families, not just gay ones?

Again, it’s all about education and doing your part. I do my part by creating silly Facebook videos with my husband and showing the world 2 husbands act as stupid as a husband and wife do. A gay marriage is exactly the same as a straight one – no difference. It’s all based in love and respect. And little things like publicly celebrating my husband’s birthday or our anniversary, or walking the red carpet hand in hand – it’s those little things that send bigger signals to the world.

4. You run a production company. What is your dream production? What is missing from television that you would like to see come to fruition?

We’re working on a lot of things and while some of them may not be geared directly towards a gay audience, I always make sure we’re as responsible as possible when it comes to dealing with any issue or storyline or character that revolves around being gay. Eventually, in a dream world, I would like to see a gay version of “Everybody Loves Raymond”- showing two married gay men as the center of a show, going through the exact same things as a straight couple.

5. Who is your personal hero?

Andy Bell was one of my first heroes. He’s the lead singer of “Erasure”. When I was in college and their album “The Innocents” was topping the charts and the whole nation was singing along to “A Little Respect,” my friend said to me, nonchalantly, “You know, he’s gay.” And I was floored. I couldn’t believe it. I researched as much as I could about him (magazines and news articles – no internet back then!) and sure enough, he was out, proud and made no excuses for who he was. I couldn’t believe that someone that famous was not only publicly out, but was successful at what he loved to do in such a global way. It made me believe I could do it, too. It made me believe that maybe there are people out there who would embrace me if I, too followed my dreams. And maybe, one day I could be a successful gay man in the world.

Sean is being presented one of two Making a Difference awards at this year’s gala on October 8th. Purchase your tickets today!