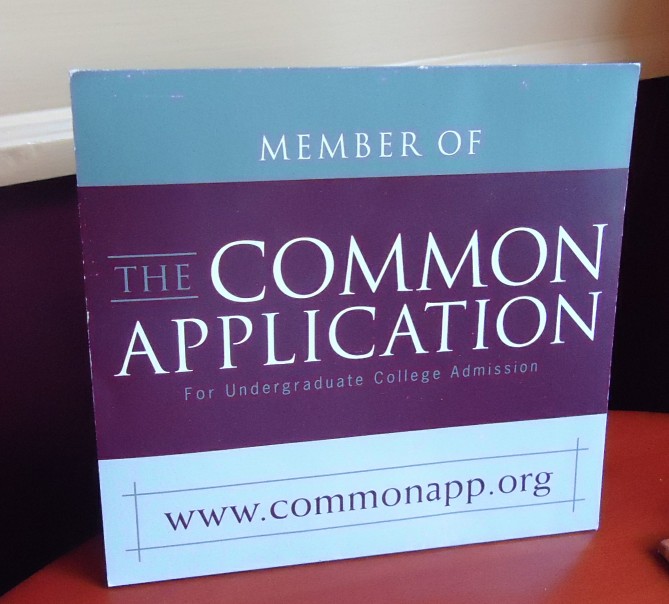 The Matthew Shepard Foundation is proud to be one of 25 advocacy organizations to sign a national letter to the Common Application requesting the addition of optional demographic questions related to gender identity and sexual orientation to its standard form.

As more and more LGBT youth are living openly as who they are at younger and younger ages, it’s essential the environments they live in, manage and experience are knowledgeable of the community’s existence. The Common Application is used by hundreds of colleges and universities across the country and around the world to evaluate prospective students. With demographics such as race, religion and ethnicity being included in the application in order to document and address issues of diversity and representation, it is time for our higher education system to include students who identify anywhere on the spectrum of gender and/or sexual orientation when collecting this information.

As Shane Windmeyer, executive director of Campus Pride, pointed out in his 2012 Huffington Post article:

“If you ask a college to identify its LGBT students, they usually mention the students in their club or campus group, or possibly select leaders on campus who are out. The assumption, which is wrong, is that all out LGBT college students are part of the club or involved in campus activities.”

This assumption is not only wrong for the obvious reason that diversity among the LGBT community is not limited to or defined by LGBT-related spaces, but it’s also wrong for ignoring the rest of this student population on campus who choose to engage, or not engage, in their sexual orientation or gender identity elsewhere. Outside of these safe, designated spaces on college campuses, students of various identities can be found in classrooms, dorms, dining halls, athletics and various social clubs. To better develop curriculum, living environments and accepting atmospheres, the LGBT community deserves the opportunity to be more accurately represented.

If LGBT students are truly going to feel included and visible on college campuses, they first need the basic opportunity, if they choose, to express how they identify on the gender and sexual orientation spectrums. For many, the experience of coming out is not a moment of correcting a presumably false identity. It’s not a matter of hiding who you are; it is often others projecting a heteronormative perspective onto you.

By aligning itself with the extraordinary efforts this letter campaign include these demographic questions on the Common Application, the Foundation hopes it can contribute to society taking one more important step toward true understanding and acceptance.