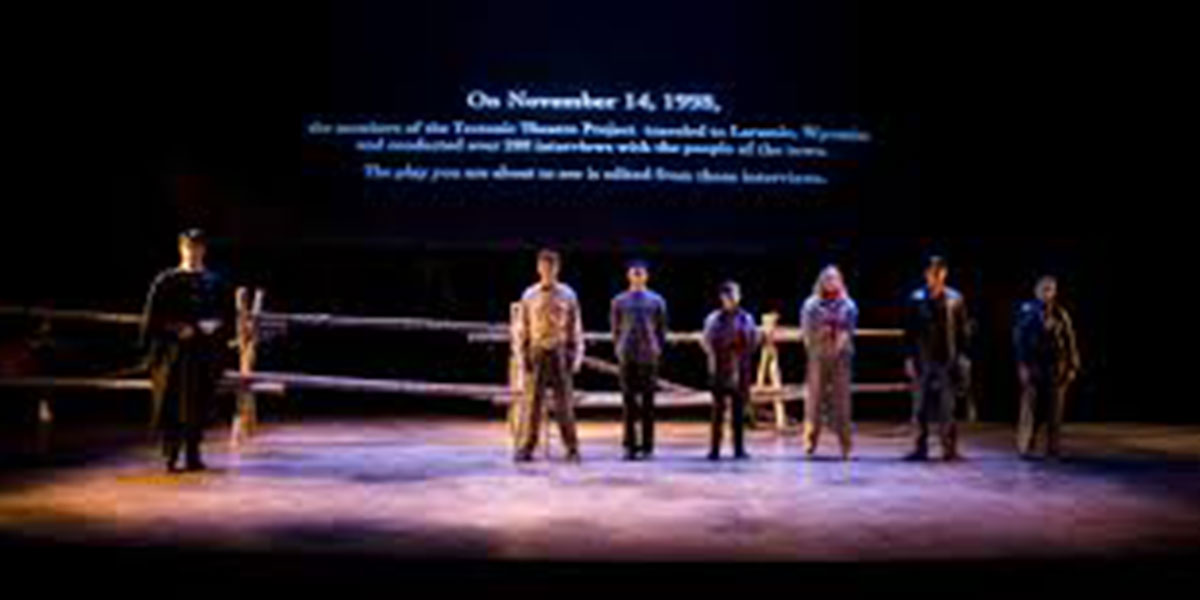 Susan Burk reflects on the lessons to be drawn from the Notre Dame High School controversy and continuing tragedies facing LGBT youth:

Just about a month ago, my inbox started to fill up. The emails were about a Catholic high school in New Jersey that had cancelled its upcoming production of “The Laramie Project” after some parent complaints. Although many, many high schools (including Catholic schools) have produced the play, on the face of it this case seemed, unfortunately, not unusual. It wouldn’t be the first time a school, Catholic or otherwise, chose not to perform the play about Matthew Shepard’s death and the aftermath. It wasn’t the first time that parents, even some who had not read or seen the piece, complained about it. Here’s what made this case different, and the story as I understand it.

At Notre Dame High School in Lawrenceville, New Jersey, the top administration read the play, researched it, and suggested a few edits. They were excited, along with the theatre teacher, to present the show. Auditions were held, the show was cast, and rehearsals were under way when the play was cancelled.  That’s the unusual part; the play was already under way. From here, facts get a little foggy. It was cancelled by the principal and president who had been so excited about it, after a meeting with the Trenton Diocese. It was the Diocese, I believe, to which the undisclosed but apparently small number of parents aired their “complaints and concerns,” as described by the school. Students who wanted the play to go forward put up a Facebook page with a membership that swelled to more than a thousand (including myself) in just a few days. Students, parents, alumni, and eventually connections across the country weighed in, including playwright Moises Kaufmann. The Matthew Shepard Foundation issued a response as well (see below).

The discourse was, for the most part, insightful and respectful. Email campaigns to the Diocese and school were in full swing, the media picked up the story, finger-pointing at and conjecture about who ultimately wrung down the curtain was rampant.  Here’s an opinion column that pretty much sums it up for me.

In time, it became apparent that the answer of who really made the decision was going to remain a mystery. The theatre teacher worked very hard to put together an evening of one-acts inspiring hope, there are rumblings of trying to do The Laramie Project next year, and the uproar seems to have died down.

The problem is, the issues have not.

Here’s the story that came across my late-night surfing; maybe you’ve seen it by now.

“A gay Iowa teen has taken his own life after friends and family say that classmates sent him death threats on his cell phone and made him the subject of a Facebook hate group. 14-year-old Kenneth Weishuhn, Jr. began to be teased and bullied by classmates at South O’Brien High School after he came out earlier this year.”

So, here’s the connection. The Laramie Project is a play not about being gay, as Matt’s mother Judy points out, or promoting anyone being gay; it’s about being targeted, hurt, murdered for being different, or perceived to be different, whatever that difference may be. The cancellation of this production, the cautiousness about telling our kids about what really goes in life, the fear of facing reality that’s all around us … is that doing our children a service? Most kids already know more about what’s out there than we ever will. But it’s not our job to teach them what’s out there; it’s about teaching them what to do about it. Why it’s not funny or a game or cool to target people. How to combat hate, how to learn compassion and acceptance, how to not to stand by and let others be bullied, hurt, murdered, for being who they are.

This young man’s name is the latest in a long list of dead children, and we are partly to blame. That hurts to read, doesn’t it? It didn’t start with Matt, and it won’t end with Kenneth.

It starts and ends with us.

Following is the Matthew Shepard Foundation’s original March 2012 statement regarding the cancellation of the Laramie Project performance at Notre Dame High School:

It is with great disappointment that we heard the news that the administration of Notre Dame High School in Lawrence, New Jersey, has cancelled their much-anticipated production of The Laramie Project. Apparently, this decision was the result of “complaints and concerns” from an undisclosed number of parents to the school’s administration and to the Diocese of Trenton about the content of the play.

The Laramie Project is the story of the townspeople of Laramie, Wyoming, and their lives in the aftermath of the brutal murder of Matthew Shepard. In October of 1998, Matt was lured from a bar, brutally beaten, and left tied to a fence outside of town. He was found 18 hours later, and died days later having never regained consciousness. He was murdered because he was gay.

This seems to be the sticking point for those “concerns”. This play is a piece of documentary theatrical literature, not fiction. The script is taken verbatim from interviews with the people of Laramie, and shows the complex matrix of beliefs and reactions to a horrible hate crime. For that’s what it was: a hate crime.

We must assume that those who made the final decision regarding whether or not this play was to be performed surely read the script. To make such a decision without doing so would seem disturbingly irresponsible. This is not a play about being gay, or promoting anyone being gay; it’s about being targeted, hurt, murdered for being different, or perceived to be different, whatever that difference may be — and how this affects the community.

Many who wrote to the school’s administration opposing the cancellation of the play received a response that read in part, “… We are proud of our students, and with the help of God, we will continue to find less controversial ways to ask them to address hatred and intolerance as a duty of their faith wherever they might encounter it.”

It is difficult to understand why discussing the damage done by murdering someone because they are different is controversial. The message inherent in that statement is worrisome, and one of the reasons that it is so important that The Laramie Project exists.

Dealing with hatred cannot be made convenient; it should not be made palatable. It is an ugly, deadly reality in our society today and confronting it head-on is to be commended and applauded.  We do agree that Notre Dame High School has every right to be proud of its students. They have expressed their concerns in respectful, peaceful, and eloquent ways. A Facebook group of students, alumni, parents, and others is, at this writing, approaching a thousand strong, and one has only to read the postings to understand what an extraordinary group they are. We only hope that those with the power to do so will recognize that, and allow them to make the changes they want to the world by asking the questions posed by The Laramie Project.