Yesterday, it was reported that Senator Enzi (R-WY) made a harmful comment while addressing middle and high school students about protections for LGBTQ+ people:

“What work are you and your comrades doing to improve the life of the LGBT community in Wyoming?” the student asked Enzi. “How do you plan to help Wyoming live up to its name as ‘The Equality State?’”

“There are a lot of problems that don’t have a federal, one-size-fits-all solution,” Enzi replied, according to the Standard’s transcript. “Everything can’t be done by law; that’s one of the problems we have in this country, thinking that everything could be done by law. What we need to have is a little civility between people.”

“We always say that in Wyoming you can be just about anything you want to be, as long as you don’t push it in somebody’s face,” the senator went on. “I know a guy who wears a tutu and goes to bars on Friday night and is always surprised that he gets in fights. Well, he kind of asks for it. That’s the way that he winds up with that kind of problem. I’d be interested in any solutions that you have for how we can make that work better.” 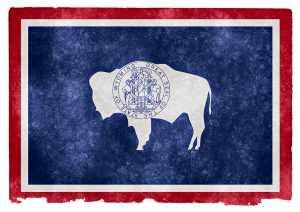 Here is the Foundation’s official statement:

“Sen. Enzi’s comments are exactly the kind of hateful remarks we are working against in Wyoming and beyond. To tell a person that they are ‘asking for it’ is the same kind of harmful rhetoric people use to disqualify the claims of sexual assault victims. It’s the same kind of rhetoric that keeps up to 61% of hate crime victims from reporting because they are afraid of not being believed while also having to be fearful of being re-victimized by those in power, who should be defending their rights. The Matthew Shepard Foundation will continue to fight against this kind of hate speech as long as it continues. Sen. Enzi has since apologized, which is appreciated, but his voting record hardly backs up his backtracking. To make a statement like that to our youth, in this year, when hate crimes are on the up and up, is downright harmful and a major affront to all of the work we have done. Words did not kill Matthew in 1998, but we suspect that is where it began.”