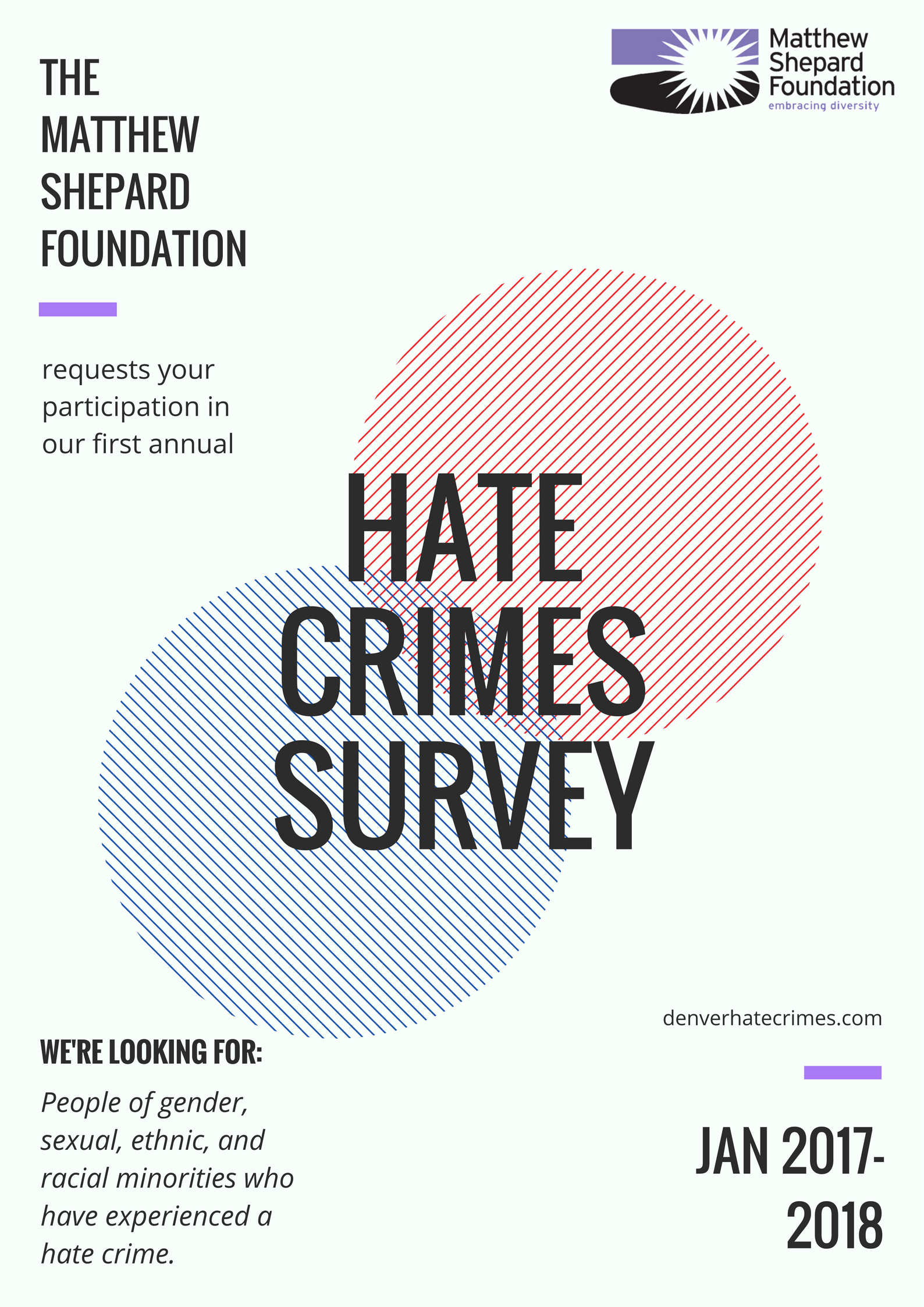 DENVER, CO–The Matthew Shepard Foundation is looking to intake reported stories of hate crimes or bias-motivated incidents in the greater Denver area, including the 7 counties surrounding Denver: Adams, Arapahoe, Boulder, Broomfield, Denver, Douglas, Jefferson, and Larimer. After this year’s test pilot survey, MSF will be looking to take it national. The current political climate, they suspect, has something to do with the uptick in hate crimes around the area, as well as around the country. The Foundation’s Executive Director Jason Marsden said, “Since November, we have seen and heard of a rash of hate crimes throughout the country. Because of this, we are wanting to get to the bottom of how these things happen and why there is such a disparity between the number of hate crimes that happen and those that are actually reported.” A hate crime or bias-motivated incident is a crime or incident performed against a person because of their race, religion, place of origin, immigration status, sexuality, gender identity, gender, disability status, or age.

Last year the FBI’s national hate crimes report included almost 6,000 reports. Unfortunately, as big as that number is, we estimate that the actual number of hate crimes or bias-motivated incidents that occurred to be closer to 250,000. The survey (DenverHateCrimeSurvey.com) is completely anonymous and is looking to get stories from victims about whether they reported their incident and if not, why? They will be using this information to help better prepare law enforcement officials, as well as other community partners. The Matthew Shepard Foundation is looking to get stories for the entire year of 2017, so people are encouraged to report any that have taken place this year, and the survey will be live through the end of December.