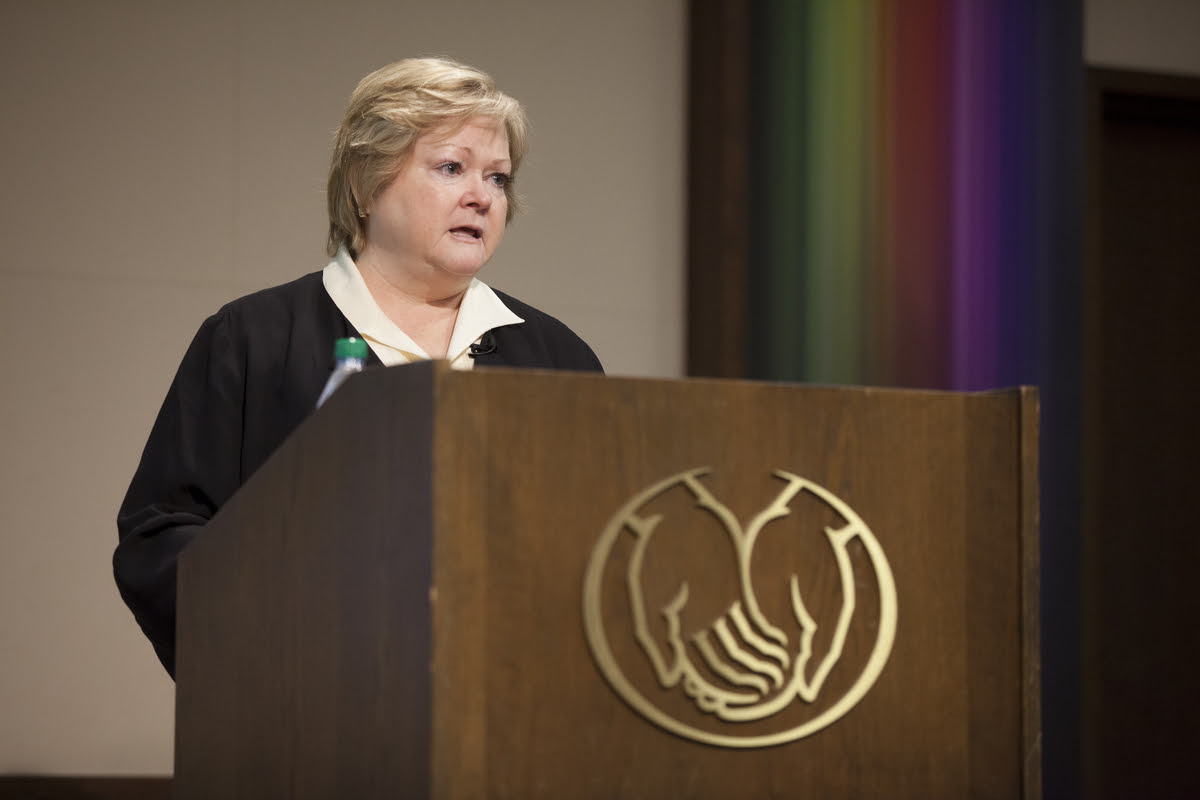 In late August, Wade Henderson, president and chief executive of the Leadership Conference on Civil and Human Rights, published an op-ed in the Washington Post arguing against the pursuit of the death penalty in the trial of Dylann Roof, the accused killer of nine African American worshipers at the Emanuel African Methodist Episcopal Church in Charleston, South Carolina. Among other indictments, Roof faces trial under the Matthew Shepard and James Byrd, Jr. Hate Crimes Prevention Act, and both federal and state prosecutors have said they intend to seek the death penalty. In response, Henderson  writes:

Once the trial begins, there will be a detailed recounting of the worst day this community has ever experienced. It will be the prosecution’s duty to portray this multiple murder as gruesomely as possible in order to secure a death sentence. Family members may be called to the stand to describe precisely what they went through that day and how it affected them. Likewise, the defense will be obligated to do everything in its power to lessen Roof’s culpability. This is how our adversarial process works, but it is not necessary here. Without the agony of trying to decide between life and death, a sentencing proceeding that followed a guilty plea could pay tribute to the victims, focusing on the value of their lives and the consequences of their loss. All family members could voice their pain, regardless of their view on the death penalty. It would not be an easy day, but far better than months of focusing only on Roof, followed by years of appeals and uncertainty.

The Matthew Shepard Foundation is a proud, longstanding member of the Leadership Conference on Civil and Human Rights, a coalition charged by its diverse membership of more than 200 national organizations to promote and protect the civil and human rights of all persons in the United States.

In 1999, MSF co-founders Judy and Dennis Shepard faced a similar situation with the death penalty in the trials of the two men who beat, tortured and left their son Matthew to die in a field overlooking Laramie, Wyoming, in 1998. The Shepards’ decision then not to pursue the death penalty against their son’s killers has led them to strongly support Henderson’s argument to do the same in the Roof trial. Judy Shepard said in solidarity:

The opportunity to avoid a death penalty proceeding in the Dylann Roof trial resonates profoundly with Dennis and me. The judicial process in this case forces the five survivors of the attack, and the friends and family of the nine Charleston victims who were killed, to relive an unbearably tragic day. A death penalty prosecution would only lead to more time focused on appeals, judgment and the life and worth of a guilty-pleading mass murderer. Losing our son Matthew was hardship enough, so Dennis and I felt that yet another death was not the resolution we needed. Our only interest was to move forward – to champion justice and progress in honor of our son’s beliefs. For the Charleston hate crime victims, their families and their community, we believe the greatest good will come from them raising their voices, and not the voice and value of the person who caused this terrible loss.