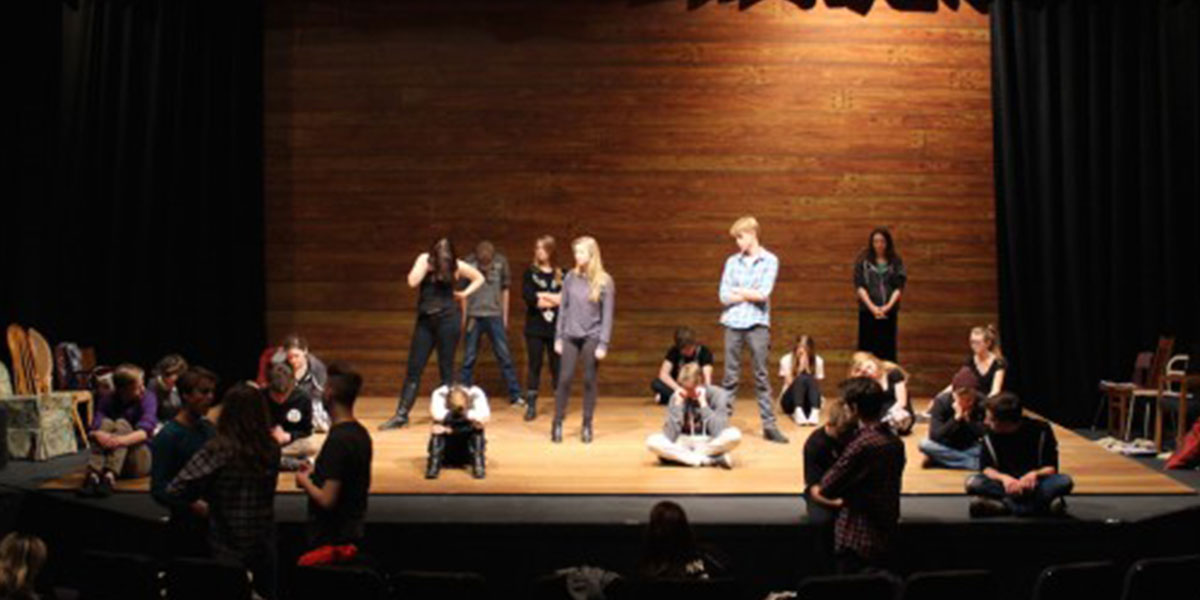 To the Denver School of the Arts, We Thank You

The Foundation has always supported these productions around the world because of their ability to change the way a community addresses hate. Our mission to erase hate, to replace it with understanding, compassion and acceptance, is heightened by these students’ performances.

From wandering the streets of Laramie, Wyoming on a bitter cold day, to hours spent rehearsing under stifling stage lights, the DSA cast proved, time and time again, how dedicated they were to sharing the town’s “truth”, and to bringing the message behind these plays to life.

And that truth is what makes a play like The Laramie Project so unique. It was inspiring to watch these student performers approach this production with such passion and responsibility for the history it captured, knowing the words that lived within the script were not written, but recorded. They are playing real people who lived through a traumatic experience, who carry this experience with them to this day. On top of their own stresses, responsibilities and daily lives, the cast pushed boundaries to understand what it means to feel hate, anger and fear in their most extreme forms.

The courage, professionalism and determination of young minds can and should never be underestimated.

There was a noticeable transformation that occurred over the course of a few months and daily rehearsals. These students became more than just actors—they became the catalyst for change. In the final days of the plays running on stage, we spoke with students about their experience. Aside from developing a better understanding of Laramie and the way communities address hate, there was universal feeling of hope for the future. Everything good and joyful in their lives became stronger, their relationships closer, and they were left with a desire to live their lives with love and encouragement instead of hate and fear, both on and off the stage.

To the directors of The Laramie Project and The Laramie Project: Ten Years Later, Allison Watrous and Shawn Hann, respectively, we applaud your work to inform, comfort and guide these students through such an eye opening and heavy production.

To the cast and crew in the Denver School of the Arts theater program, we thank you for affording us the chance to once again witness the power of these plays.