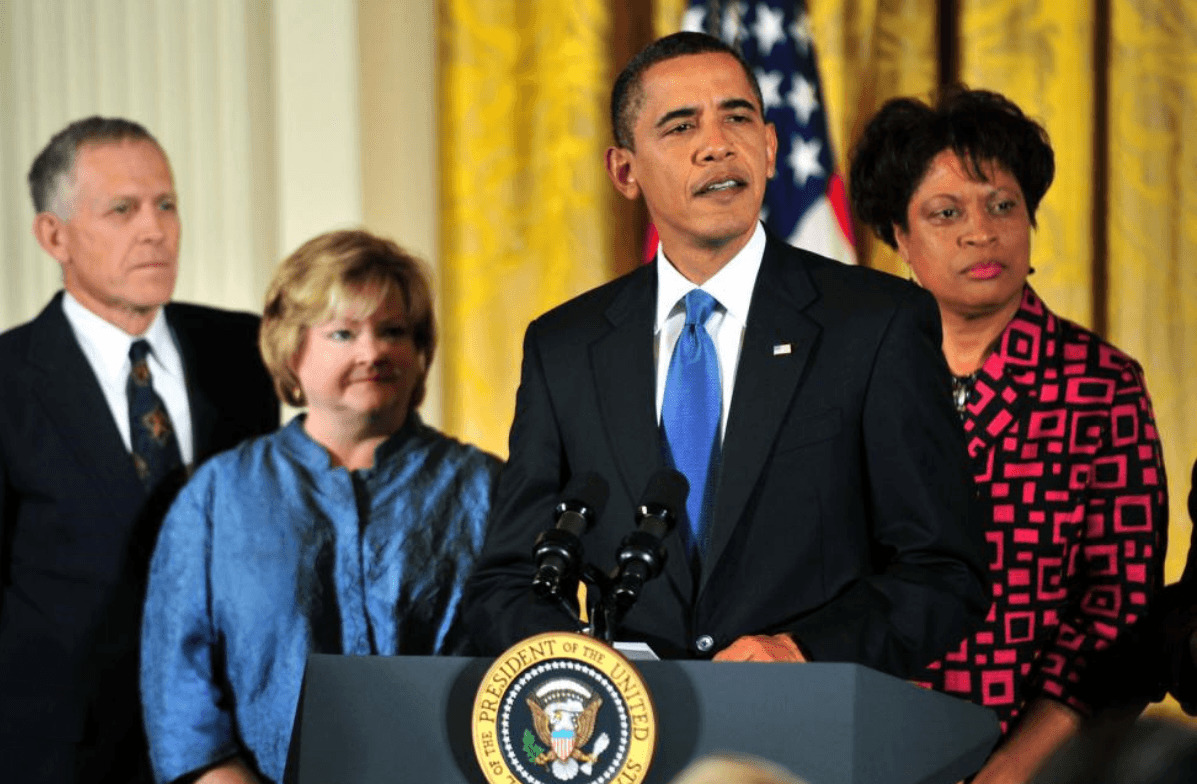 (Washington, D.C.) – The Matthew Shepard and James Byrd, Jr. Hate Crimes Prevention Act, signed by President Barack Obama 11 years ago this month, was a milestone hate crime law which increased the jurisdiction of the FBI and Department of Justice to investigate bias-motivated violence targeting vulnerable individuals, and added gender and gender-identity based violence to the list of hate crimes.

“In the wake of losing my brother, my family fought to bring attention to the tragic consequences of racial hatred and reduce the number of hate crimes,” said Louvon Byrd Harris, sister of James Byrd Jr. and President of the Byrd Foundation for Racial Healing. “The Matthew Shepard and James Byrd, Jr. Hate Crimes Prevention Act is an important tool in combating the existence of hate within the United States.”

“Every October in addition to mourning the loss of Matt we are also grateful and hopeful to mark the passage of the federal hate crime law named for him and for Mr. Byrd,” said Judy Shepard, board chair and co-founder of the Matthew Shepard Foundation. “Our country has made meaningful progress in addressing bias motivated violence, but we urgently need to do more, especially to protect trans women of color who face a grim threat of harm. The Shepard-Byrd Act provides them coverage, but it must be harnessed to not only address these crimes – but also prevent them.”

On June 7th, 1998, James Byrd Jr., a Black 49-year-old father of three, had left a friend’s anniversary party and was walking home, when three white supremacists picked him up. They drove to an isolated road where Mr. Byrd was tortured and brutally murdered, a tragedy that shocked the country. The Byrd family committed themselves to fighting hate with love after they lost James, and started the Byrd Foundation for Racial Healing.

Just a few months later, on October 7th, 1998. Matthew Shepard, a 21-year-old student at the University of Wyoming, was brutally attacked and tied to a fence in a field outside of Laramie, Wyoming and left to die. In the aftermath of Matt’s death, his parents, Judy and Dennis Shepard, started the Matthew Shepard Foundation and, in sharing Matt’s story, have highlighted the importance of standing up for the LGBT community.

In 2009, President Barack Obama signed the Matthew Shepard and James Byrd, Jr. Hate Crimes Prevention Act, strengthening the legal tools available to prosecutors to bring assailants to justice. The Shepard-Byrd Hate Crimes Prevention Act was an important step in recognizing the nature of hate crimes in our country.  However, crimes motivated by perceived gender, race, sexual orientation and disability continue to exist in the United States and the critical work fighting hate continues.