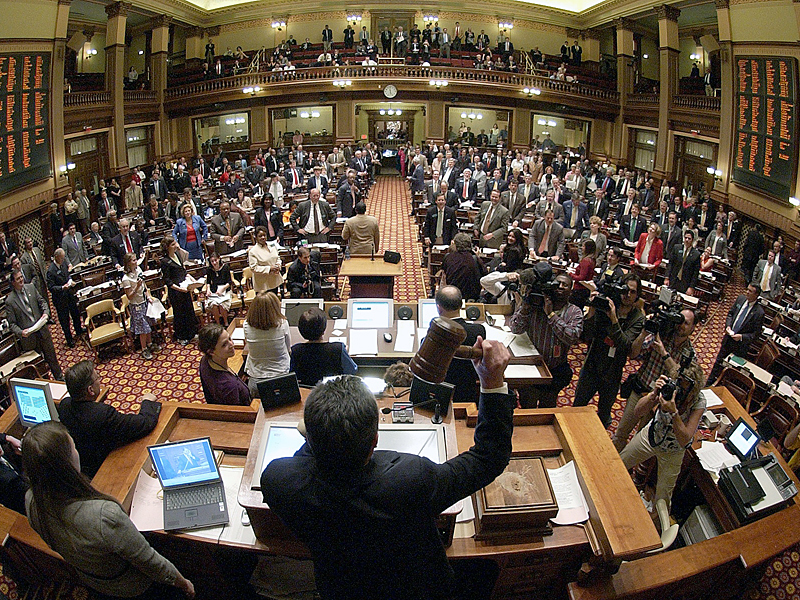 A Letter to the Governor of the State of Georgia

June 23, 2020
The Honorable Brian P. Kemp
Governor of the State of Georgia

The purpose of this letter is to strongly encourage you to sign into law House Bill 426 which would change the Official Code of Georgia Annotated to impose additional penalties for crimes motivated by the victim’s race, color, religion, national origin, sex, sexual orientation, gender or disability. This historic law would also mandate that law enforcement agencies collect, report and disseminate hate crime data.

As you may know, we lost our son Matthew in 1998 when he was brutally attacked, tied to a fence and left to die outside of Laramie, Wyoming. His assailants targeted him because he was gay. Matt was a 21-year-old student at the University of Wyoming with dreams and aspirations for his future that were forever lost.

After his murder, we chose to honor our son by establishing the Matthew Shepard Foundation to achieve several goals — one of which was to achieve passage of comprehensive hate crime laws, and to encourage law enforcement agencies to accurately report their hate crime data. We were successful at the federal level when President Barack Obama signed into law the Matthew Shepard and James Byrd, Jr. Hate Crime Prevention Act of 2009, expanding the authority of the Department of Justice to investigate and prosecute violent crimes committed on account of the victim’s gender, gender identity and sexual orientation, among other protected classes.

We call upon you, Mr. Kemp, to finally sign into law H.B. 426 which will align Georgia with the 45 other states that have passed hate crime laws to protect their citizens from bias-motivated violence and vandalism. When you sign this law, you will communicate to all Georgians, especially those belonging to marginalized and minority communities, that you will not tolerate criminal conduct motivated by bias. Hate has no place in your state. We have spoken to law enforcement officers in Atlanta and at several other events in Georgia over the last 20 years and we are confident that the time to act is now.

By enacting this law, you will signify to the people in your state, in our country, and around the world that you will acknowledge hate when it surfaces, you will report it, and you will strive to heal the pain it has caused the victim, the victim’s family, and the targeted community. You will stand for them.

Governor Kemp, please sign this bill. Once this bill has been enacted into law, we look forward to working with you to amend this law to include gender identity and gender expression as protected classes. Your transgender community deserves inclusion and respect.