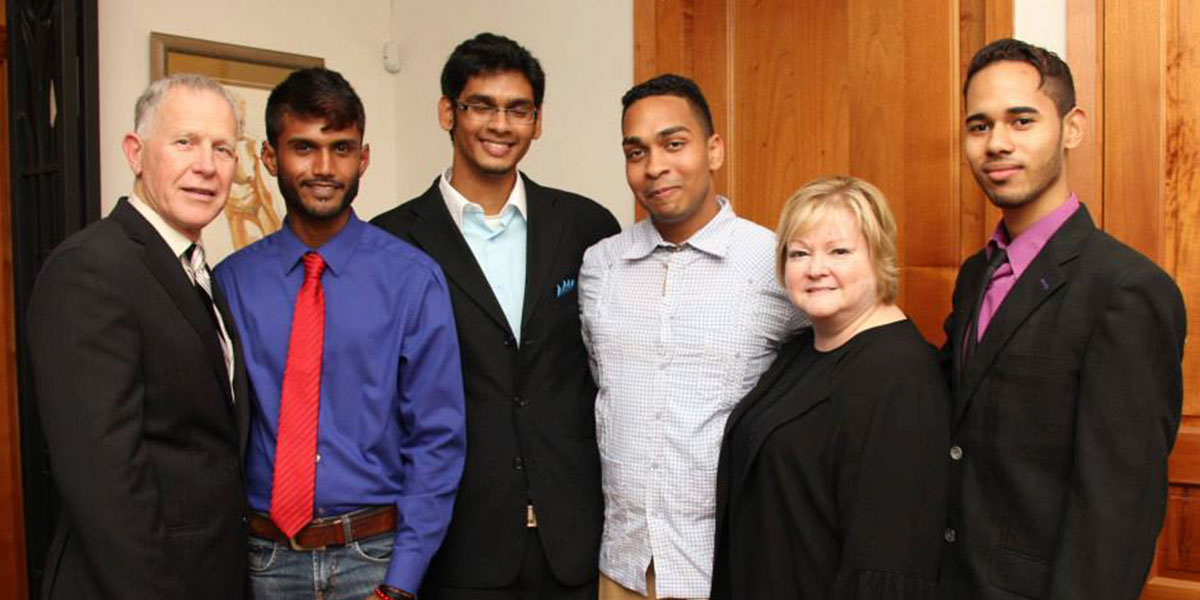 The Matthew Shepard Foundation is excited to announce that Judy and Dennis Shepard will travel to the Caribbean nations of Trinidad and Tobago and Jamaica in April as part of a fourth partnership with the U.S. Department of State. Judy and Dennis are excited to spread the foundation’s message of “Replacing Hate with Understanding, Compassion and Acceptance” with overseas audiences.

Under the leadership of Secretary of State John Kerry, the Department of State and U.S. diplomatic missions abroad continue to advocate for the fundamental human rights of LGBT people.  The U.S. embassies in these two countries are facilitating meetings during the Shepards’ trip to enhance efforts to improve human rights for all, including LGBT individuals.

Judy and Dennis will advance the Matthew Shepard Foundation’s work on LGBT rights as they meet local LGBT leaders to help build a core group of parents and families of LGBT individuals to act as their allies,” Jason Marsden, Executive Director of the Matthew Shepard Foundation, said. “They will also meet with local media, local and national government officials, members of the diplomatic community, and educators at each stop. By sharing Matthew’s story abroad, Judy and Dennis hope to help energize LGBT leaders in countries that are just beginning their struggle for greater equality.

LGBT people in Trinidad and Tobago can have a difficult life. Same-sex sexual activity is still illegal though the law is not enforced and there are no anti-discrimination protections in employment or housing. There are, however, many visible allies for the community including Prime Minister Kamla Persad-Bissessar and Dr. Fr. Stephen Geofroy, a Catholic priest who, earlier this year, spoke out for the inclusion and protection of LGBT people in the country’s new constitution. The Shepards’ visit to Trinidad and Tobago will include meetings with civil society, a discussion forum at the University of the West Indies, and a screening of the award-winning film The Laramie Project before an audience of specially invited guests.

Jamaica has had a very troubled past with LGBT rights and a disturbing record of anti-LGBT violence.  The country provides no protection from discrimination but there are indications that this might change soon. There have been a number of high-profile anti-LGBT attacks, including two murders last summer, and violent police raids on people living in the sewers after being kicked out of their homes. While in Jamaica, the Shepards will meet with a number of local organizations working to improve the lives of LGBT people as well as attending special events at the U.S. Embassy in Kingston.

The Shepards’ trip to these island nations will be their fourth trip as citizen diplomats. In September 2012, Judy and Dennis spoke in Poland, Latvia, Estonia, and Hungary. The Shepards traveled to Singapore and Chinese Taipei in November 2013 and Sweden that December.

We are excited to see Judy and Dennis take our message of erasing hate to the Caribbean and will share updates from the road on Facebook and Twitter.