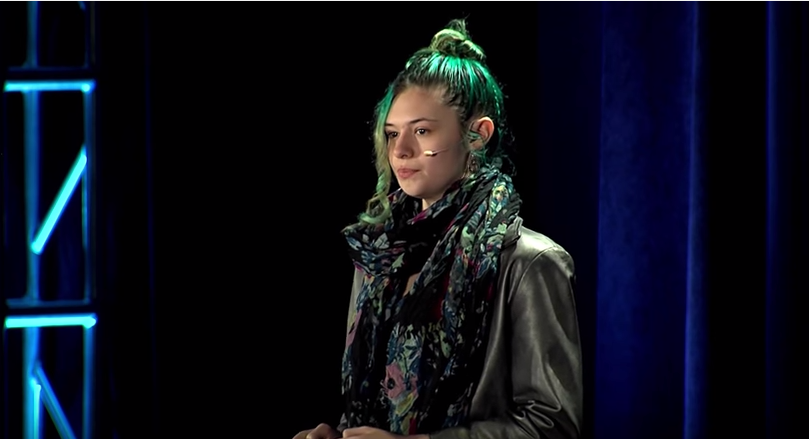 Nicole Maines, a trans activist and 2015 Spirit of Matthew Award recipient, delivered a TEDx Talk titled “Transgender: You’re Part of the Story.” In 2011, Nicole, her twin brother Jonas and their parents, Kelly and Wayne, brought tremendous progress to her school district in Portland, Maine, through activism and ultimately a successful lawsuit with the support of her brother and parents.

That year, bill LD1046 came about in the state of Maine and, if passed, would have discriminated against transgender people in the use of public facilities, such as restrooms. At age 13, Nicole and Jonas took to Maine Public Radio to speak out against this bill and the “adult fears that had impacted their family.” Without their voices, bill LD1046 restricting transgender rights may have become law. In 2014, Nicole and her family won a long-standing lawsuit against her school after she’d been forced to use a staff bathroom instead of the girls’ bathroom. Maine’s Supreme Court ruled that Nicole Maines’ rights had been violated under the state’s Human Rights Act, marking a historic and landmark victory for transgender rights in the U.S.

Nicole, a current student at the University of Maine, continues to inspire others through her activism and willingness to share her story. In the following TEDx Talk, Maines says:

I’m here to tell you what it’s like to be trans. What it’s like to struggle every day with acceptance from yourself and those around you. And of course that inevitable question of “Which bathroom do we put this kid in?”