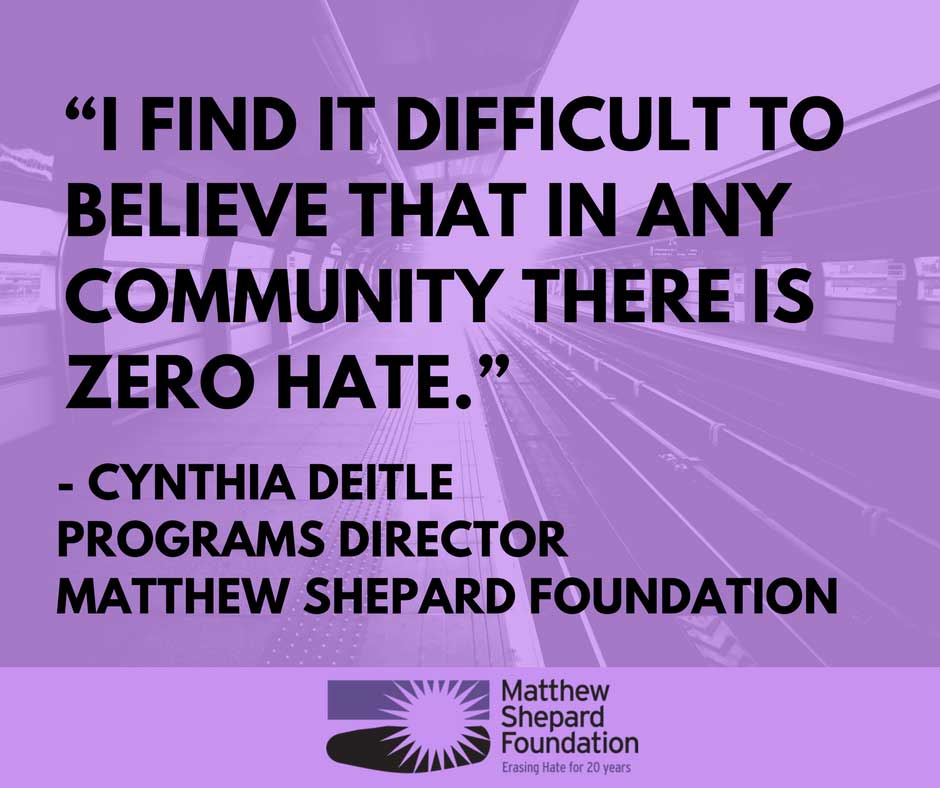 Minnesota should do better.

The Matthew Shepard Foundation was recently alerted to a growing problem with hate crimes in Minnesota–specifically in the process of reporting. Via the Star Tribune:

After a homemade bomb ripped through a window of Bloomington’s Dar Al-Farooq Islamic Center last summer, the FBI quickly flew evidence to its Virginia lab in a desperate search for answers while Gov. Mark Dayton declared the blast an act of terrorism.

“This was a very well-planned hate crime,” said Mohamed Omar, the Islamic center’s executive director. “It could not have been a coincidence or something where someone didn’t know what they were doing.”

But the explosion is nowhere to be found in the 2017 hate crime reports compiled by Minnesota law enforcement agencies that will be forwarded to the FBI later this year. The absence of the Bloomington bombing and several other high profile incidents in data reviewed by the Star Tribune suggests ongoing inconsistency and confusion among agencies about what constitutes a hate or bias crime.

Over time, we have run into the same problems with hate crime reporting: Neither civilians/victims nor law enforcement feel 100% comfortable with reporting them.

On the inverse, law enforcement may not have the proper training to deem something a hate crime during intake. It’s not mandatory and in many cases, the issue of revictimization arises or the case is simply lost in the shuffle between the police report and the FBI needing to investigate the crime. Indeed, according to the Star-Tribune report: Nearly two-thirds of all Minnesota law enforcement agencies, including those in some of the state’s largest cities, routinely report zero hate crimes to the FBI for its annual report, which officials and analysts believe only capture a fraction of the hate crimes occurring nationwide.

We agree with U.S. Attorney Greg Brooker on this one: “It would be helpful to have more accurate statistics on hate crimes in order for the law enforcement community to use those statistics to advocate for increased resources to prevent and prosecute hate crimes because prosecuting hate crime is a major priority for us.”

The Matthew Shepard Foundation has been hitting the ground running during its 20th year as an organization, trying to bring together law enforcement and the communities they are supposed to protect from hate crimes. We’ve been putting together community discussions, hate crime panels, summits for law enforcement, lawyers, and civilians alike. We continue to do this because we see the need to uphold the federal law with Matt’s name on it. We continue to do this because we believe that love trumps hate. We continue to do so because that’s what Matt would have wanted.

We have pledged to commemorate his life through all we do and will not stop until we’ve sufficiently snuffed out hatred. If you are part of a community that is in need of the trainings we do, we want to hear from you. Help is a mere phone call or email away, and we look forward to offering it.