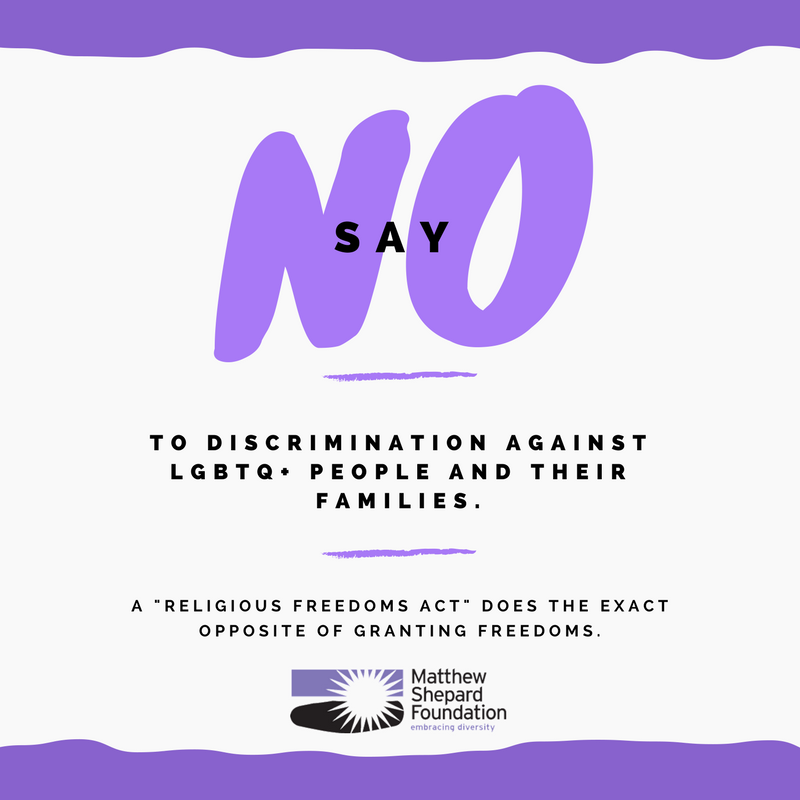 Say NO to Discrimination

The rumors of a forthcoming anti-LGBTQ executive order are not only troubling, but downright harmful to the entire community.

Here in America, we have a separation of church and state for very good reason. It is in place to protect those who differ from the “norm” and have the same basic desires of all Americans: to live a healthy and prosperous life under the protections of the constitution. In the last few days, we have had the time to reflect on how dangerous a hasty executive action like this can be.

Americans with the legal right to live in our country have found themselves rebuffed or detained at the border, without any thought about their legal status, jobs, family responsibilities, or any of the other cornerstones of their lives. The callous disregard the administration displayed toward entire populations of people so far in an effort to make a political point or power grab is abhorrent. We vow to stand by every American, regardless of race, class, gender, sexual orientation, ethnicity, or any minority status. These people are facing unjust and unconstitutional infringements on their basic human dignity.

All across Washington, insiders are speculating a breathtakingly-broad legislative order looking to discriminate against LGBTQ+ people and their families – including employment non-discrimination, equal rights in adoption, equal access to federally funded social services, and even more. This is about so much more than wedding cake. A so-called “religious freedoms act” does the exact opposite of granting freedoms. It takes them away from the most vulnerable in our population in a very disrespectful and demeaning manner. The very same politicians who pushed back on the Hate Crimes Prevention Act are trying once again to interfere with our most basic liberties by pushing forward a law that is entrenched in hate and discriminatory ideology. These laws are not in the interest of all Americans, and very clearly are being proposed by a population that seeks to do whatever the opposite of “love thy neighbor” is.

We will continue, as we have done for the last 18 years, to stand up against this hateful rhetoric devised to separate and attack LGBTQ+ people and their families.