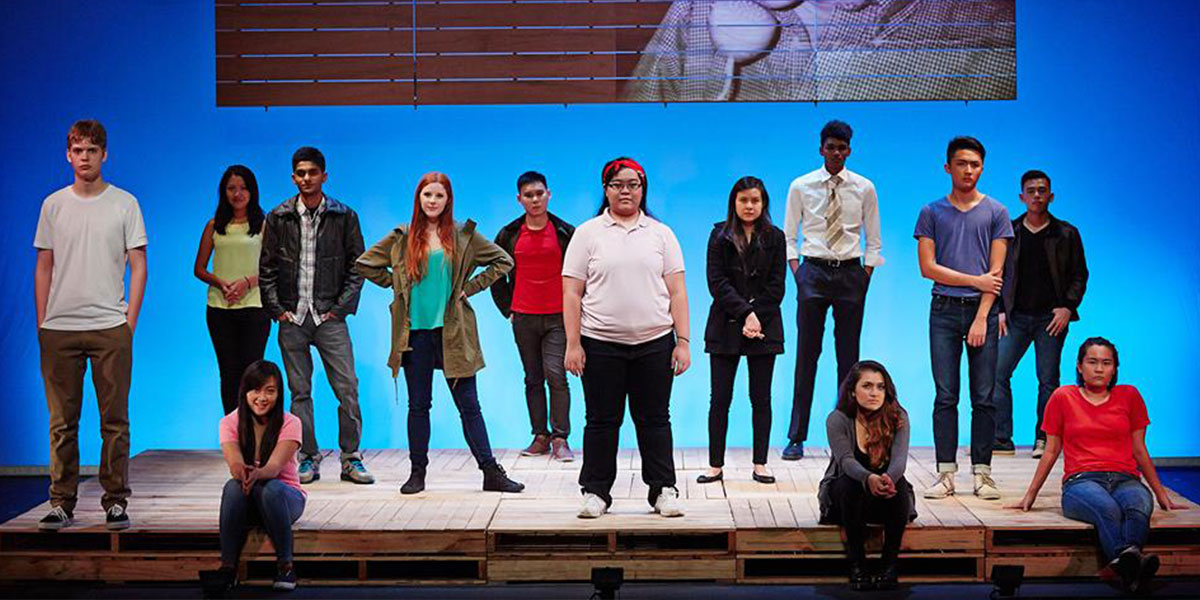 It is with great disappointment that we learned that school administrators in Ottumwa, Iowa, have cancelled the local high school’s planned production of The Laramie Project due to concerns over its subject matter.

The Laramie Project is the story of the townspeople of Laramie, Wyoming, and their lives in the aftermath of the brutal murder of Matthew Shepard. In October of 1998, Matthew was lured from a bar, brutally beaten, and left tied to a fence outside of town. He was found 18 hours later, and died days later having never regained consciousness. He was murdered because he was gay.

Citing concerns over the adult subject matter of the play, Superintendent Davis Eidahl has told media outlets he wants the schools to “produce and showcase family-friendly productions, where all family members can come. The productions are to showcase our students, our auditorium, the district. And it’s a time we connect with the community.” We find this rationale misguided and believe it sends an unfortunate message.

The Laramie Project is performed by dozens of high schools across the country every year. Wherever it is performed, the story of what happened to Matthew and the impact on the town of Laramie strongly engages both the student population and the community in a conversation about hatred and the violence it breeds. This is one of the reasons we at the Matthew Shepard Foundation devote considerable resources to support productions of this play.

Young people everywhere face issues such as hatred, bias, and social exclusion on a daily basis, and to believe they don’t wrestle with adult issues in their high schools – indeed, to curtail public dialogue about them – is damaging. Students of all ages, whether they be in Iowa, New York City, or any other part of the country, are living this “adult content” of bullying, hatred, and violence on a daily basis. They are much wiser and have seen more than many adults would like to believe.

This is not a play about being gay, or promoting anyone being gay; it’s about being targeted, hurt, murdered for being different, or perceived to be different, whatever that difference may be – and how this affects the community.

It is regrettable that the administration decided not to take the lead to provide their students and their community such an important learning opportunity, and instead is focused on a desire to show off their auditorium in what they feel is a “family-friendly” manner. We respectfully suggest that the main mission of a school district is to educate, not to entertain.

We understand plans are underway to independently produce The Laramie Project in Ottumwa outside of the school district. We heartily support and applaud these efforts, and encourage the students of Ottumwa High School to engage in the conversation and learning process that will now have to take place outside of their school.