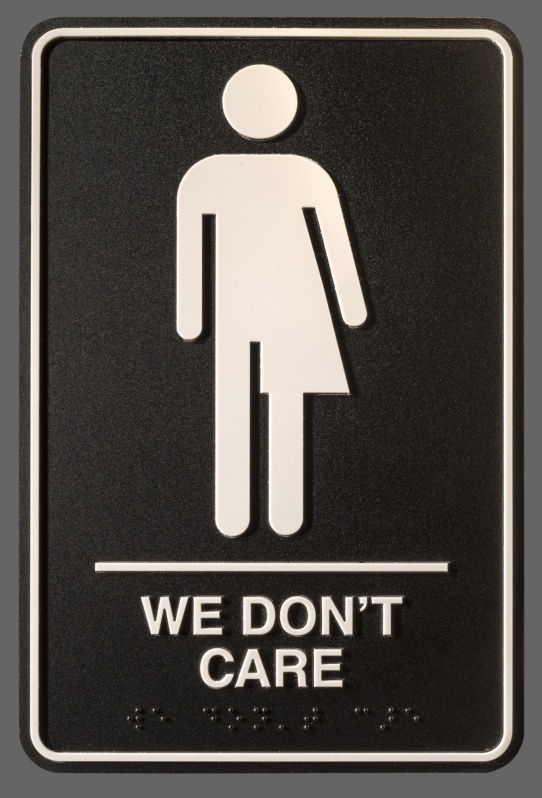 Yesterday, we learned that the federal government will be rejecting transgender bathroom bill cases. They won’t investigate. They won’t take action.

They will be complicit in anything that happens to transgender students under this governance.

We know just how harmful this is to LGBTQ+ youth. Adolescence is hard enough for kids at it is, but to make it more difficult and uncomfortable by forcing girls to use the boys’ locker room and vice versa? Forcing kids to hide in bathroom stalls is the best case scenario in this situation. We know the suicide rate is cut in half when students have access to a gay-straight alliance. So it is a logical next step to think that gender affirmation and acceptance does the same.

Plain and simple: “the Education Department holds a current position that restroom complaints from transgender students are not covered by a 1972 federal civil rights law called Title IX.”

This statement on the bathroom rule is just the Trump administration’s latest step to rescind and undermine LGBTQ+ protections. Via Buzzfeed’s story: “Attorney General Jeff Sessions withdrew a policy protecting transgender workers, while he took the unusual step of jumping into a private lawsuit arguing that anti-gay discrimination was permissible in employment under federal law. Sessions has also argued religious business owners can refuse service to gay customers, even when anti-gay discrimination is banned by state law, and Trump has attempted to ban transgender people from all military service.”

We won’t stand for this or take it sitting down. We are urging the MSF family to contact your senators to tell them that this is not what Americans stand for. We are a greater country because of our differences and we must protect our children.

These kids only have one life. Let’s not make it harder for them.